We are one big family of people,
trying to make our way through
the unfolding puzzle of life.
~Sara Paddison 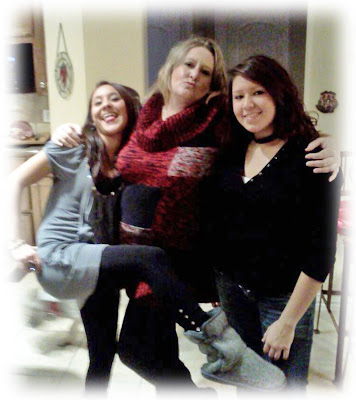 Happy Birthday Kerri! Today is the birthday of my niece Kerri Shepard Aquiningoc of Weatherford, Texas. The daughter of Jackie Perry and my brother Gary, Kerri was born and raised in San Diego, but over 10 years ago moved to Texas where her daughters Lyndsey and Mandi, her mother Jackie, her sister Kelly and other family also live.

The first picture shows Kerri with Lyndsey hamming it up on the left and Mandi just looking lovely on the right in a picture that was taken a couple of months ago.

Way Back When. My 2nd cousin Jerry Davis wrote me recently to say that Valentine's Day, a few weeks ago, was the anniversary of the birth of his grandmother Vera LeCrone Davis. 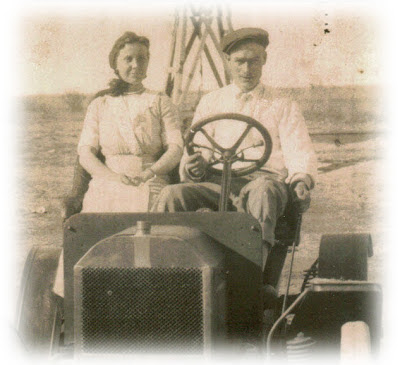 Vera was born in 1893 in Kansas. In Oklahoma, on Christmas Day in 1910 she married John Davis, who was a younger brother of my Great Grandfather James Brooks Davis. John and James Davis were among those family members who migrated from Spencer, Indiana and settled in Beaver County, Oklahoma in the early years of the 20th century. Jerry had recently dug out a wonderful old photo of his grandparents Vera and John, and was kind enough to scan it and send me a copy.

The second picture I am including shows John and Vera LeCrone Davis in the 1920's, sitting proudly in what Jerry says was the first Model T (or Model A?) that they ever owned. He tells me that "the picture was taken on their farm in Beaver County near the town of Sophia. That is a windmill frame in the background that was on the farm." 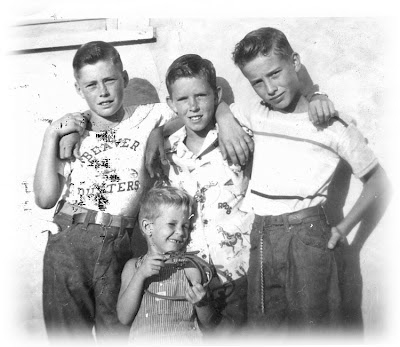 Speaking of old family photos, I recently received dozens of old family pictures from Eric and Ruthie Russell of Red Rock, Nevada. Eric is the grandson of Bill and Pauline Shepard Russell and received these family pictures from his grandparents, and from his dad Rex Russell, who died just about a year ago. Many of them are real treasures. I look forward to sharing many of them with all of you in this blog in coming weeks and months. Thanks so much to Eric and Ruthie!

The third picture I am including is one of those I recently received and was taken back in the late 1940s, probably in Colorado or Oklahoma. The back of the photo simply says "Rex, Earle, Jerry and Lyndell." My cousin Rex Russell (1936-2011) is the young man on the right. Another one of them might be Lyndell Jenkins. Can any of you identify any of the others?
- - -
Steve