We are always adding to the past we remember,
because in the very act of remembering,
we add something new to our past.
~Barbara Mesle

I am thinking about my uncle Elmer Shepard whose funeral is today in Henderson, Texas, and about his family who is gathered there to honor him. I have also been thinking recently about Elmer's Ggrandparents, because of some new information I have discovered about their remarkable lives.

An Ill Fated Marriage. Tomorrow is the 152nd anniversary of the wedding of William Shepard and Mary Ellen Sprague, who were married in Indiana in 1860. Theirs was an all too brief, compelling, but ultimately tragic relationship.

These twenty-somethings (she was 20, he was 24) were married on March 11, 1860, in Montgomery County, Indiana, perhaps in the county seat of Crawfordsville, where their marriage record is located today. William's family was actually from Tippecanoe County (to the north) but it was customary for young couples to be married in the bride's county, so they tied the knot in Montgomery County, where her family lived.

A lot of living was packed into their brief 2 year marriage. Here is a quick summary of the events we know about their life together: 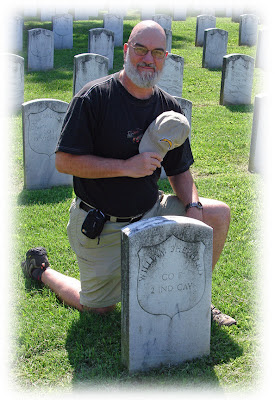 Just 2 years, 4 months into their marriage, Mary finds herself a widow with a 5 month old baby boy. The vows and the joys they shared on that second Sunday of March in 1860 must have included some high hopes for a long, happy, productive life together. But those dreams were never realized because of a war that took the life of William and over 600,000 other Americans.

The Rest of the Story.  After receiving word of her husband's death, Mary Ellen packed up little William Elmer and tearfully left Wabash and returned the 100 or so miles to Montgomery County. Like so many other war widows, she returned home for healing and support from family and friends, and to put her life back together. 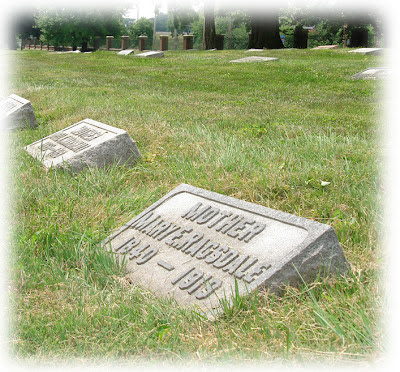 After the war ended, Mary Shepard married another William, this time William Ragsdale, an older widower from Ladoga in Mont- gomery County, a man who already had 9 children! With him she bore 3 more children, making a combined family of 13 kids! She went from being a single mother of one little boy, to the Nursery Rhyme mother, who "had so many children she didn't know what to do"!

It was a marriage that took its toll. Not necessarily on her, but on young William Elmer. From all indications she lived with Mr. Ragsdale quite contentedly, and cared for all her, his and their children until they were all raised, and until he died in 1887. Young William Elmer, however, was so out of place in his step-father's home that he ran away as a teenager, never to be reunited with his family.

Mary Ellen Sprague Shepard Ragsdale died in 1919 and is buried today in Crown Hill Cemetery in Indianapolis. It is not by accident, nor without great meaning, that her headstone has one descriptor for her: Mother. (see second picture of her grave.)

Tomorrow, on their anniversary, I will be saying a prayer in church for my GGgrandparents William and Mary, in gratitude for their lives, and for their willingness to live with courage and hope in a dark and desperate time.
- - -
Steve
Posted by Steve Shepard at 11:56 AM