If you have only one smile in you,
give it to the people you love.
~Maya Angelou 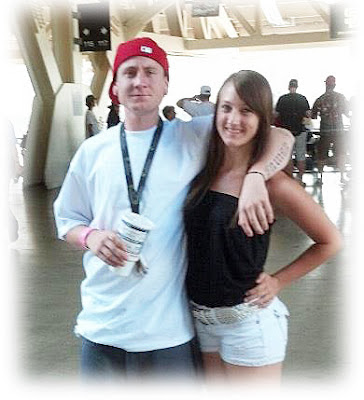 Our move here in San Diego was only 8 miles, from Mission Valley to San Carlos, yet it seems to have taken as much energy as a move of 800 miles. It causes me to wonder what it must have been like 70 years ago when my Gower grandparents chose to move over 1000 miles from a small town in Oklahoma to San Diego; or when my Shepard grandparents moved from the dusty plains of Southeast Colorado to San Diego. It was a real challenge for them to uproot their families and move to the west coast in a time of great uncertainty. In many ways their moves were much more difficult emotionally and physically than ours. But I am grateful to them for their courage and their foresight to relocate. For both families their moves proved to be positive and beneficial for decades.

Brandyn. Today, May 26, is the birthday of Brandyn Boyd of Santee, California, the son of Darren Boyd and Vicki Boyd. Brandyn is one of the 21 Ggrandchildren of Will and Bura Davis, and is the youngest of the 3 grandsons of Terry and Thelma Shepard Boyd. The first picture shows Brandyn and his sister Kori Boyd. 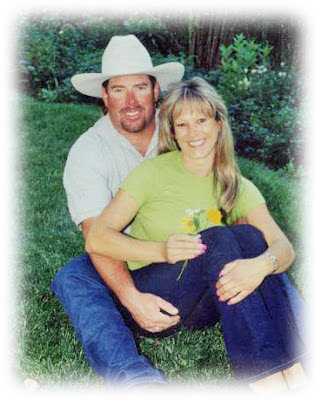 Michael. This coming Tuesday, May 29, is the birthday of my cousin Michael Harrell who lives in Mountain View, California with his wife Carole. Michael is the son of Vicki Johnston of Washington, and is the 9th of the 12 Grandchildren of Leroy and Nola Gower. The third picture shows Mike and his wife Carole.

Michael: Carole has some plans for my birthday but she won't share them with me. She is surprising me with something. In the mean time I have saved my pennies and will be buying myself an iPad for my birthday.  Additionally I have spent this year eating healthier and living a more active lifestyle. My goal has been to arrive at my coming birthday at the same weight and same level of fitness I was when I graduated from high school. I achieved that goal a couple of weeks ago and feel much better for it (albeit with some achy joints that will never be young again). 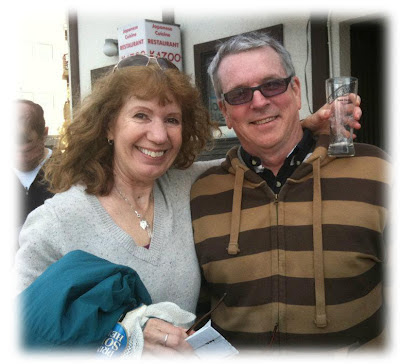 Things have been going very well for us. Our dog has become a local celebrity because on two separate occasions he has protected our friends from unsavory characters, the weather has been great giving us lots of outdoor time, all our debts (except the mortgage) are zeroed out, and I've been spending more time at home than on the road which has allowed me to put in some volunteer time in the local community. In other words, life is very good. I embrace my family and friends and smile, knowing that I must have done something good and they are my blessings.

Best wishes to Mike, Ruthie and Brandyn on their birthdays.
- - -
Steve

Posted by Steve Shepard at 3:47 PM