When I was a kid
my parents moved a lot,
but I always found them.
~Rodney Dangerfield

Greetings to all of you on Friday the 13th from Alameda, California where Cindy and I are lucky enough to be visiting our kids and grandkids. Chenda's next baby is not due for another two weeks, but you know how kids are these days. They seem to have minds of their own. "Due dates" seem to mean nothing to them. Baby #3 has his own agenda and may arrive sooner. Or later. But whenever he makes his appearance, you will be among the first to know!

In a post earlier this month, I referred to my Ggrandmother Elvira Owens Shepard, who was the mother of my grandad William Shepard. Elvira met and married William Elmer Shepard, and then bore their two children in Madison County, Illinois. In the early years of the 20th century William, Elvira and their kids moved to Beaver County, Oklahoma, where their son Will met and married Bura Davis. In 1928 Will and Bura then moved to Southeast Colorado and in 1940 they moved to California, settling in San Diego. 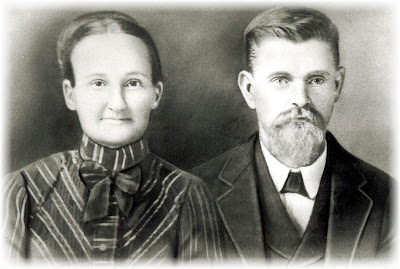 Other Owens Kin In California. That much of our family story I have told many times in this blog. What I did not know until just last week is that grandad Will Shepard was not the only Owens descendant to move to California in the early 20th century. Will had a number of first cousins on the Owens side of his family who also moved to California in search of a better life.

Two of Will's aunts and uncles were Mary Elizabeth and Elias Veach Owens (see first picture). Like William Elmer and Elvira, they migrated to Oklahoma around the turn of the century, and spent their last days there. They had a family of 11 children. Of these 11 first cousins of Will, 5 of them migrated to California as Will and Bura did. As far as I can tell, none of them settled in San Diego like Will and Bura. Instead many of them made their homes in the San Joaquin Valley, which in the early 20th century was a favorite settling location for countless families from Texas, Oklahoma, Arkansas and Colorado.

Elias was just one of Elvira's 8 siblings. Between them all, Will had 34 Owens first cousins. In the records I have found, at least 9 of them migrated to California. (By the way, can you guess how many Shepard first cousins Will had? If you guessed "0" you would be correct. His father was an only child.) 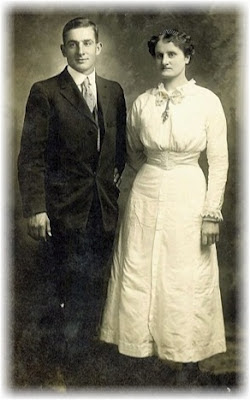 Two California Cousins. Two of the Owens cousins of Will who migrated to California were a set of twins with the clever names of Ivy Pearl and Irvin Earl Owens. (See second picture of these twins, which looks to be from around 1915.)

Cousin Ivy Pearl died in 1971 and is buried in Tulare County's Tipton-Pixley Cemetery. Interestingly enough, her grave is just a mile or so from the route Cindy and I regularly take between Northern and Southern California. I look forward to stopping the next time we pass that way, and visit the final resting place of this first cousin twice removed that I never knew I had until last week.

Posted by Steve Shepard at 8:32 AM