Memories are the only things
that don't change
even when people do. 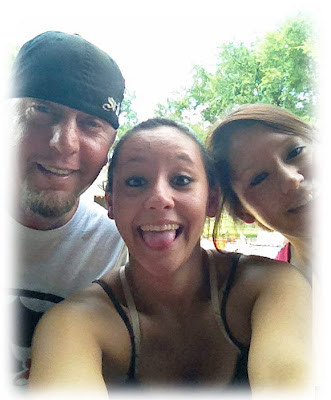 Greetings to all of you as the travels and visits continue during a very busy but enjoyable summer. We spent 5 weeks away from home earlier in the summer to help usher into the world our newest family member, William Shepard. And we have spent the greater part of the rest of the summer welcoming family and friends to San Diego, much of it in very hot weather. And more out of town family are expected tomorrow. But, as they say, "It's all good!"

Happy Birthday Lyndsey. Tomorrow is the 22nd Birthday of Lyndsey Aquiningoc of Weatherford, Texas. Lyndsey was born in San Diego and lived the first half of her life here until she and her family moved to Weatherford where they seem to be comfortably ensconced.

The first picture shows Lyndsey with her sister Mandi Aquiningoc on the right and her uncle Jason Shepard on the left in a picture taken earlier this month in Granbury, Texas. 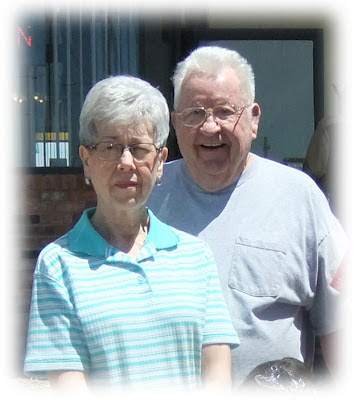 Remembering Back 54 Years. It was 54 years ago this Friday, on Aug 31, 1958 that my uncle and aunt Terry and Thelma Shepard Boyd were married here in San Diego. They have recently moved to Blue Springs, Missouri, near their family in that city, and are settling into life quite well. Thelma did run into one snag when trying to get her Missouri driver's license, but that is a story unto itself that I will save for my next blog post.

Thelma: We're doing okay here. I'm having a hard time adjusting to not having my job, but I guess I will get used to it eventually. Terry is doing okay, but he was used to sitting and watching TV already.

Best wishes to Thelma and Terry as they look back 54 years, and as they adjust to their new life in Missouri. The second picture shows the two of them about a year ago.
- - -
Steve
Posted by Steve Shepard at 9:41 AM