Not a fairer star will ever shine,
In the deep blue vault of heaven divine.
~from the book Shannon

In my last two blog posts I told the story of Civil War soldier David Reid Shannon and his widow Peggy Gray Shannon. The 7th of their 9 children was Samuel Pickens Shannon, my Ggrandfather.

Samuel was born in Monroe County, Mississippi on Feb 15, 1859, just as the country was ramping up for the Civil War. He was named after one of his mother's brothers -- Samuel Gray -- and his father's mother -- Anna Pickens. 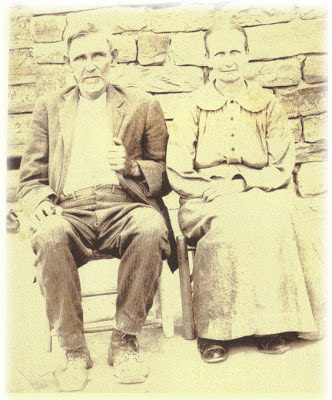 His earliest years were remarkably eventful. When just a year old his parents David and Peggy Gray Shannon took their family of 6 children and migrated from Northeastern Mississippi to the town of Claiborne, just west of Monroe, Louisiana. Leaving Northeastern Mississippi was a good idea. Within a few years it would be a dangerous hot spot of Civil War fighting.

In Louisiana, when Samuel was just two years old, his mother Peggy gave birth to another son, George Henry Shannon, who lived just 3 months, dying in October, 1861. This was the first, but unfortunately not the last tragedy of Samuel's young life. About this same time Samuel and his family were uprooted and moved again, this time to Sugartown, in central Louisiana, some 150 miles south.

In April, 1864, when Samuel was just 5 years old, his father left for the war, and the family never saw him or heard from him again. In June of 1865 they finally did get confirmation that he had died and was buried in Chalmette National Cemetery in New Orleans.

At about 8 years old, Samuel was uprooted yet again. When the war finally ended and it was safe to travel, his Gray grandfather and 3 of his uncles from Arkansas took Samuel, his mother and the other children, and moved them to the family homestead near the town of Timbo in Stone County, Arkansas. Actually, a history of the Shannons says that Peggy's family came and "brought Peggy and some of her children to... her father's homestead located southeast of Timbo, Arkansas". 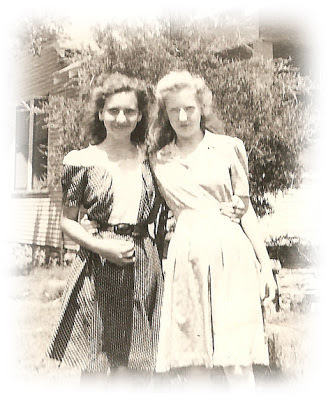 Evidently not all of Samuel's siblings made the move to Arkansas. Some of them must have stayed with friends or relatives in Louisiana, splitting up the family, which was unfortunate but probably not too uncommon in war torn families like this one. Samuel, however, the youngest son of the late soldier David Reid Shannon, did make the move with his mother and lived the rest of his life in Stone County, Arkansas.

In 1881 Samuel married Finetta Clementine Dearien, who was born in Stone County, Arkansas during the Civil War and who had her own tragic childhood story to tell. You can read about it here. Sam and Finetta Shannon (see the first picture of the two of them, in the 1920s) had 9 children, the youngest of whom was my grandmother Nola Shannon Gower. After a tumultuous early life Sam lived into his 70s and died in 1930. He and Finetta are both buried in Gray's cemetery near Timbo, Arkansas.

The second picture, taken about 1940, shows two of Sam and Finetta Shannon's grandchildren, both of whom were born in Stone County. On the left is Maida Gower Shepard who now lives in Anacortes, Washington. On the right is her cousin Bernice Johnson Beckham, who still lives in Stone County, Arkansas.

The Shannon Book. Much of the information in this post and the previous two -- regarding Samuel Pickens Shannon and his parents David Reid and Peggy Gray Shannon -- comes from the book Shannon, by Dexal Shannon (1931-1992). 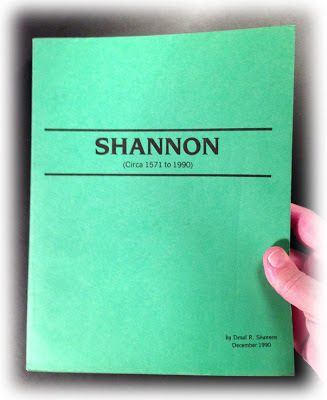 It is a self published book, the second edition of which he finished in 1990, not long before he died in 1992. In the introduction he mentions that the first edition had been published in 1981. In the book he catalogues the many descendants of Thomas and Agnes Shannon, who had come to America around the year 1700 from Munster, Ireland.

The index of the book lists 1,057 different individuals with the last name Shannon, not to mention at least as many other descendants who have different last names. The total of those referred to in the book must be at least a couple of thousand. Some of you who are readers of this blog may also have a copy of Dexal's book. If any of you know where other copies may be obtained, please let me know. I have had people ask me where they can get a copy.

This was one the earliest family histories that was done on a personal computer. Hard copies are valuable, but a digital copy -- if it can be found -- would be even more valuable.

We are greatly indebted to the late Dexal Shannon for this rich resource on the history of our Shannon family, especially as it tells us about people like Samuel Pickens Shannon and his parents, and the details of their remarkable lives.
- - -
Steve
Posted by Steve Shepard at 7:37 AM

Anonymous said...
This comment has been removed by a blog administrator.
2:56 PM