If one could only teach the English how to talk,
and the Irish how to listen,
society here would be quite civilized.
~Oscar Wilde

Terry Boyd (1937-2013). First of all, I received word just last night that my uncle Terry Boyd passed away yesterday. He and wife Thelma Shepard Boyd had moved to Blue Springs, Missouri from Gallup, New Mexico just last summer. Our prayers and best wishes are with his wife Thelma, his children Kim and Darren and their whole family.

Happy 3rd Birthday today to our granddaughter Preslea Maida Shepard of Alameda, California. Preslea is the first of the 3 children of Nathan and Chenda Shepard, and the youngest Great granddaughter of Maida Gower Shepard of Anacortes, Washington, and Paula Harris of San Diego.

Click on the link above to see a photo presentation that celebrates Preslea's three years. If you have trouble with the link above, select this external link. 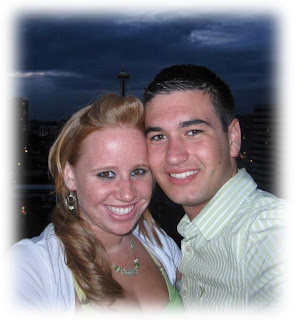 Happy First Anniversary this Thursday, March 28, to Pat and Nicole Shepard, of Bothell, Washington. They were married exactly a year ago in Cozumel, Mexico. Best wishes to the two of them for many happy years together. Pat and Nicole are expecting a baby girl this summer, their first child and the first grandchild of my brother Darrell and his wife Mary.

More Scots-Irish Immigrants. In my last post I mentioned John and Elizabeth McKnitt who came to Maryland in the 1650s from Raphoe, Ireland. In 1678 another group of Scots-Irish landed in this new world, an extended family with the last name Alexander, who also came from Raphoe, in the north of Ireland. This group included James and Mary (Maxwell) Alexander (see image of James Alexander) and their teenage daughter Jane Alexander.

There is some indication that James Alexander was a Presbyterian minister in the old country and may have been part of the religiously inspired immigration of Scots-Irish to our shores. This would have made James and Mary and family similar to the families of Thomas and Alexander Campbell, among the founders of the Stone-Campbell Movement in America (Churches of Christ/Disciples of Christ) that many of us are affiliated with today.

A few years after arriving in the new world, James and Mary's young daughter Jane Alexander (1665-1691) met and eventually married John McKnitt (Jr.) who was born in the new world to immigrant parents John and Elizabeth Wallace McKnitt. (Remember them? They were featured in my previous blog post). 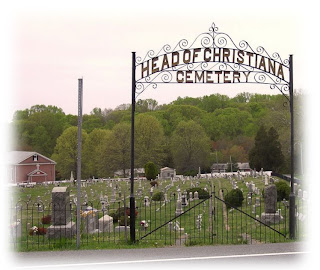 The young couple John and Jane (Alexander) McKnitt (later their name became McKnight) also made their home in Somerset County, Maryland. Life was very difficult for those early colonial settlers, as is illustrated in the death of Jane McKnitt/McKnight before her 30th birthday. She is buried in Manokin Presbyterian Church Cemetery (see her burial  information here)

Widower John Jr., after the death of his young wife in 1691, and then his parents in 1708, evidently made his way a bit northward, for he is buried in Newark, Delaware and his grave can be visited at the Head of Christiana Church Cemetery. (See picture of the cemetery.)

This then is a fourth set of immigrants in our family tree who came to our shores from Ireland -- the Spears, the Grays, the McKnitts and now the Alexanders. A few more sets of Irish immigrants remain to be shared. Unfortunately the Irish information about all these ancestors of ours is scant, but at least this brief overview of them gives us an idea of how deep and pervasive our Irish roots are.
- - -
Steve Shepard
Posted by Steve Shepard at 9:17 AM