To be Irish is to know
that in the end
the world will break your heart.
~Daniel Patrick Moynihan

Greetings to all of you from Tampa, Florida where Cindy and I find ourselves today. We are getting ready to board a Carnival Cruise ship that will set sail later today for a trip across the Atlantic to Europe. We are with our friends Papa George and Yaya, experienced world travelers -- and fun people -- who will help make this a memorable experience. 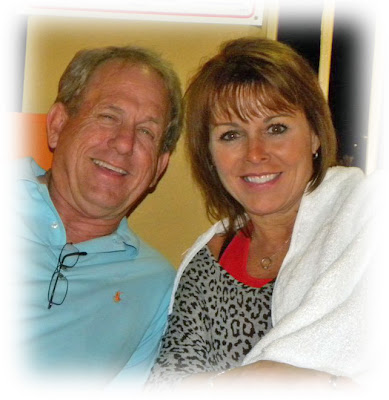 Happy Anniversary! Speaking of memorable, tomorrow is the 7th wedding anniversary of Jerry and Cathrina Clark of Lubbock, Texas who were married back in 2006 in Santa Fe, New Mexico. Best wishes to both of them for many more happy years together.

More About the Irish. In my last post I mentioned the family of William and Margaret (Pike) Pickens, ancestors of ours who immigrated to this country from Limerick, Ireland in the early years of the 18th century.

I told you that two of Willie and Marge's grandchildren (first cousins) married each other, illustrating how some Irish immigrants remained in family clusters and intermarried. Another anomaly of their family is that at least 3 of their children married members of one other family, by the name of Davis.

Their first child, Israel Sidney Pickens, married Martha Davis; their 3rd child, Robert Pike Pickens, married Miriam Davis; and their 4th child, Andrew Pickens, married Nancy Ann Davis. All three Davis girls were presumably children of Church friends George and Lydia Davis. (George's name was spelled "Davice" in Ireland, and became "Davis" in America.) It appears that the Pickenses and the Davises -- both immigrant families -- settled near each other in Pennsylvania, and in three instances their children hooked up with each other.

This reminds me of two of my Grandmother Bura Davis's sisters, Winona and Myra Davis, who married Kilpatrick brothers back in the early 20th century. Curiously, the last name of the women in both instances is the same -- Davis. But the 2 Davis girls married their Kilpatrick boys in Oklahoma, 200 years AFTER the 3 Pickens boys married their Davis girls in Pennsylvania. I have found no indication that these sets of Davis folks -- 200 years separated -- were related. But it certainly is a remarkable coincidence nonetheless.

George and Lydia Davis (the parents of those 3 girls who married the Pickens boys) were Irish immigrants themselves, and can be added to our growing list of immigrant ancestors, with the total now reaching 20. So we can see again that there was such a large number of Irish immigrants in Pennsylvania at this time that they tended to live near one another and in some instances even married within their families. 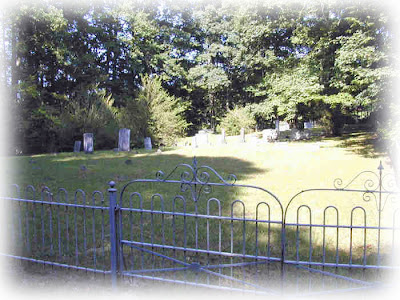 Two of the aforementioned Irish immigrants who had come over separately, but had met and married each other in the new world, were Israel Sidney Pickens and his wife Martha Davis. They married in Bensalem, Bucks County, Pennsylvania in 1726, but migrated southward beyond Washington, D.C. into Virginia. Israel died in 1749; Martha died in 1774. They are both buried at Cub Creek Cemetery in Charlotte County, southwest of Richmond,Va. (see picture of the cemetery - photo by Cathy Powers).

Here then is a lineage that traces our immigrant ancestors George and Lydia Davis to the present.

Over the next few weeks Cindy and I, with our friends, will be at sea, or traveling around Europe, but I plan to continue these blog posts with information about our Irish heritage. There are still some remarkable family stories to share!
- - -
Steve Shepard

Posted by Steve Shepard at 7:22 AM

Anonymous said...
This comment has been removed by a blog administrator.
5:31 PM