We have always found the Irish a bit odd.
They refuse to be English.
~Winston Churchill

Greetings to all of you from Palma, Spain, on the beautiful Mediterranean Island of Mallorca, 130 miles or so from mainland Spain. It has been 3 weeks since Cindy and I began this adventure with our friends Papa George and Yaya, and each step of the way has held new and different experiences. 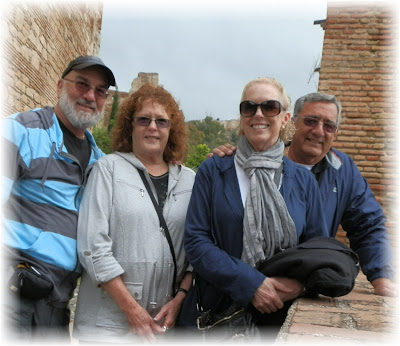 The first picture shows the four of us last week when we visited the local Fortress in the coastal city of Malaga, Spain, the fourth largest city in the country.

On To Ireland. Later today we begin the last leg of our journey when we make our way to Ireland. As you might have guessed, our visit to the green Isle was one of the reasons I have been sharing with you my discoveries of the Irish immigrants in our family in recent weeks. Each of the ancestors I have found has caused me to grow more excited about setting foot for the first time in this country where our roots run deep, as they do for many Americans.

I have known for most of my life that there was Irish blood in my veins, primarily because of what I heard about the heritage of my maternal grandmother Nola Shannon Gower. I never knew her to be very knowledgeable about the specifics of her Irishness, probably because her Irish ancestors came to America 5 generations before she was ever born. 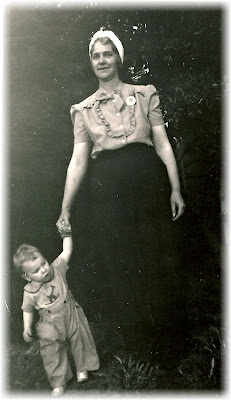 Ironically, one can find more about her ancestry online today in a few minutes than she ever knew in her 101 year lifetime. She has a whole gaggle of Irish immigrants among her ancestors, including the following: Thomas and Eigness Shannon, William and Margaret Pickens, William and Mary Baskins, George and Lydia Davis, John and Elizabeth McKnight, James and Mary Alexander, and William Gray (all of whom I discussed in recent posts). When you add in their children and other family members who crossed the Atlantic with them, you get a total of 29 different Irish immigrants. If her family tree were a Christmas tree it would be ablaze with Irish lights!

On the other side of my family, my Grandmother Bura Davis Shepard has at least one Irish immigrant that I have found so far in her family tree, James Spear, who is in the line of her mother Caroline Spear Davis.

Because the Irish immigrants in our family tree came across the Atlantic so long ago, it has proven difficult to learn much about their lives in the old country. Yet I am still confident that next week's visit to Ireland will be worthwhile, even if it is only the beginning of a search for our roots in the British Isles.

Nola Shannon Gower (1903-2004). Speaking of Grandma Gower, today, April 28, is the 110th anniversary of her birth. She was born just outside Mountain View, Arkansas in 1903, to a family which had been settled in northern Arkansas for several generations. She died in 2004 in Anacortes, Washington where she lived with her daughter and family for the last few years of her life.

The second picture shows a young grandmother Nola Shannon Gower with her first grandchild Hershell Gower in about 1944, not long after she and grandpa Leroy Gower moved their family to San Diego. I like this picture because, having recently become a grandparent myself, I now know the joy and satisfaction she is experiencing in this picture and the wonderful feeling of holding the hand of one's own grandchild. 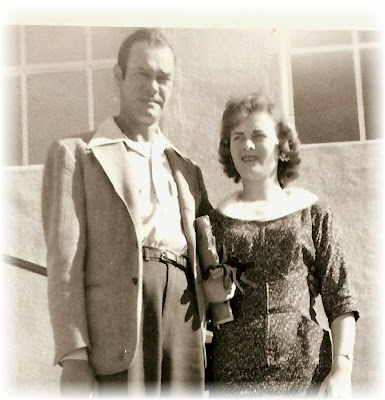 Eugene William Shepard (1921-2003). Today is also the anniversary of the birth of my father Eugene Shepard who was born in Beaver County, Oklahoma 92 years ago. This summer will mark 10 years since he died. He will be remembered in a special way by all those who gather for our family reunion in Anacortes, Washington on August 10.

Beverly Russell Wilk (1939-1974). Yesterday, April 27, was the anniversary of the birth of my cousin Beverly Wilk who, when just a year old, moved from Two Buttes, Colorado with her family and lived the rest of her life in San Diego. Her daughter and granddaughter, Shannon and Emma Wilk, live today in Atchison, Kansas.

The third picture is one I included in this blog several years ago. Taken in the mid 1950s it shows Eugene Shepard and his niece Beverly Russell just outside the El Cajon Blvd Church of Christ, where most of the Shepard and Russell family attended at that time.

These are three different family members from three different generations. All three were loved dearly and are fondly remembered because each of them blessed the lives of those who knew them in unique ways.
- - -
Steve Shepard
Posted by Steve Shepard at 11:31 PM

Aha you are a relative of mine from James and Mary and also John and Elizabeth. What a wonderful trip you must be having ! Say hello to our past for me :)