My heritage has been my grounding,
and it has brought me peace.
~Maureen O'Hara 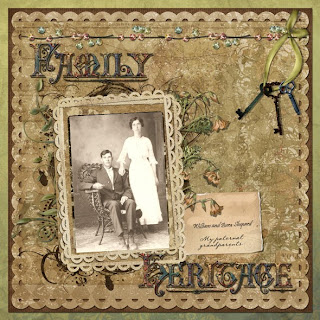 This is just a sampling of the many folks in our family tree who were around on Independence Day, 1776 when our nation was born. Our roots go very deep and are very broad in our country. In a few instances I can trace our descendants back much farther than 1776. For example, Jane McKnight (listed above), though born in 1769, was a 4th generation American, whose GG grandmother Jane Alexander McKnitt had immigrated to American from Ireland in the late 1600s. (Read more about her here and here.) Matthew Gower (also listed above) though born in in 1762, was a 5th generation American. His GG grandfather Abell Gower (the child of English immigrants) was born in Henrico (Richmond), Virginia in 1640 when American was little more than frontier wilderness. (Read more about him here and here.)

As you celebrate the holiday tomorrow, know that you are part of a long, long history of family members who not only looked back in gratitude to 1776. In some instances they anticipated Independence Day by several generations. Ours is truly an all-american family from way back. 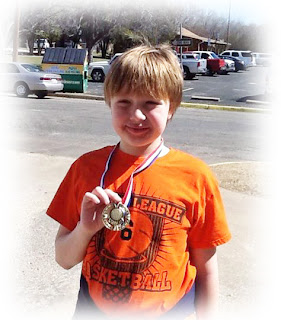 Birthday wishes to Desiree! Happy Birthday this Saturday, July 6, to Desiree Ortiz of Blue Springs, Missouri. Desiree and husband Jeremy are the proud parents of 5 young children. Jeremy is one of the G Grandchildren of Will and Bura Davis Shepard.

Happy 11th Birthday this coming Sunday to Nathaniel Sauvage of Weatherford, Texas. Nate is the older brother of Kyle whose birthday was just 11 days ago. Best wishes to Nate for a wonderful birthday! The second picture shows Nate a few months ago with a medal he won at the end of his basketball season. 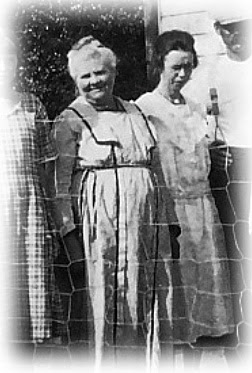 In about 1905 when their children Sadie and William were young, Elvira and husband William Elmer moved their family to Beaver County, Oklahoma. The second picture, taken in Beaver County in the early 1920s, shows a smiling Elvira with her daughter-in-law Bura Davis Shepard on the right.

William Elmer died in February 1915, just a few months before their son William Shepard and his bride Bura Davis (my grandparents) were married. Elvira outlived her husband by 16 years, and spent her last few years with second husband Cal Williams. She is buried in Sophia Cemetery in Beaver County.

G Grandmother Elvira Owens was originally from another all-american family, one rooted in Madison County, Illinois. Following the July 4 theme of this post, I can mention that her G Grandmother Sarah Rives Owens was born in 1769 in Bristol Parish, Prince George, Virginia. She was a young girl of just 7 years old on July 4, 1776.

*Footnote: For the sake of historical accuracy, I need to mention that there were almost certainly no fireworks in Washington or anywhere else, on July 4, 1776 when the Declaration of Independence was signed and our nation was born. The signing was not even in Washington, but in Philadelphia, Pennsylvania. Church bells rang out in Philly that day, but the work of independence had only begun with the signing of the Declaration. The real celebration would follow much later.
- - -
Steve Shepard

Posted by Steve Shepard at 3:05 PM