The happiness of the domestic fireside
is the first boon of Heaven.
~Thomas Jefferson

Greetings to all of you from Anacortes, Washington where Cindy and I are visiting Shepard and Gower family. Anacortes in particular and Western Washington in general has become home to my mom and all my siblings in the last 36 years -- interestingly the same number of years that mom lived in San Diego. Southern California was home to all of us until mom and dad's move to the Northwest in 1978. Today Cindy and I and our kids are the lone "hold outs" in our immediate family who still reside in Southern California. 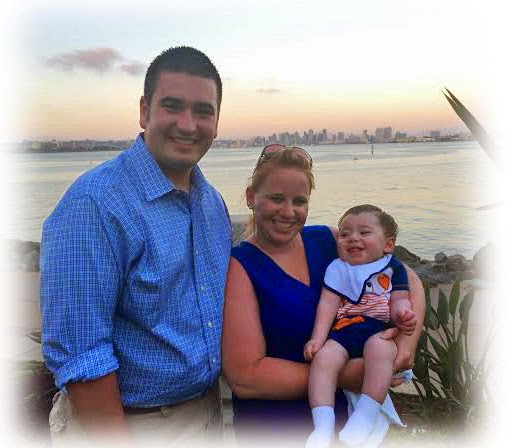 Logan's First Birthday! One of my Washingtonian siblings is my brother Darrell Shepard. Tomorrow, July 24 is the first birthday of the grandson of Darrell and his wife Mary. Logan Joseph Shepard was born last July in Bothell, Washington where he and his parents Patrick and Nicole still live today.

Patrick: Logan's birthday is a very exciting time. We have had quite an adventure his first year. Logan has been so strong and is making great strides and doing great! We love him more and more each day. He has been such a blessing to Nicole and I, and we thank God for him every day. We are celebrating with a big party at our house. Next we look forward to welcoming Logan's brother in December! Attached is a picture that was taken in San Diego just a few weeks ago, in fact [Steve] took the picture! 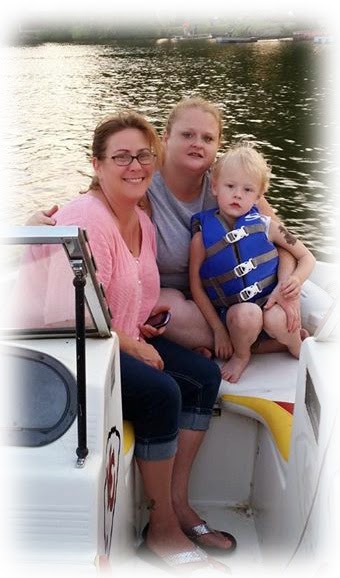 Happy Birthday to Logan and best wishes, good health and even more positive development in the coming year!

Happy Birthday Shannon! July 24 is also the birthday of Shannon Wilk who lives with her daughter Emma in Atchison, Kansas. Shannon, who was born and raised in San Diego, is the daughter of Phil Wilk and my cousin Beverly Russell Wilk, the second grandchild of Will and Bura Davis Shepard. The second picture was taken last month and shows Shannon on the left with a couple of friends boating on a lake during the July 4th holiday.

Shannon: The picture is with Erin and Mason. They are family without the blood! lol. We were at Paradise Lake in Effingham, Ks for the fireworks they have there.

I mentioned earlier in this post that in 1978 my parents Eugene and Maida Shepard first moved to Anacortes, Washington from San Diego. That move began a migration to the Northwest that eventually included most of their immediate family. One of their first return trips to Southern California was in 1981, the year the third picture was taken. 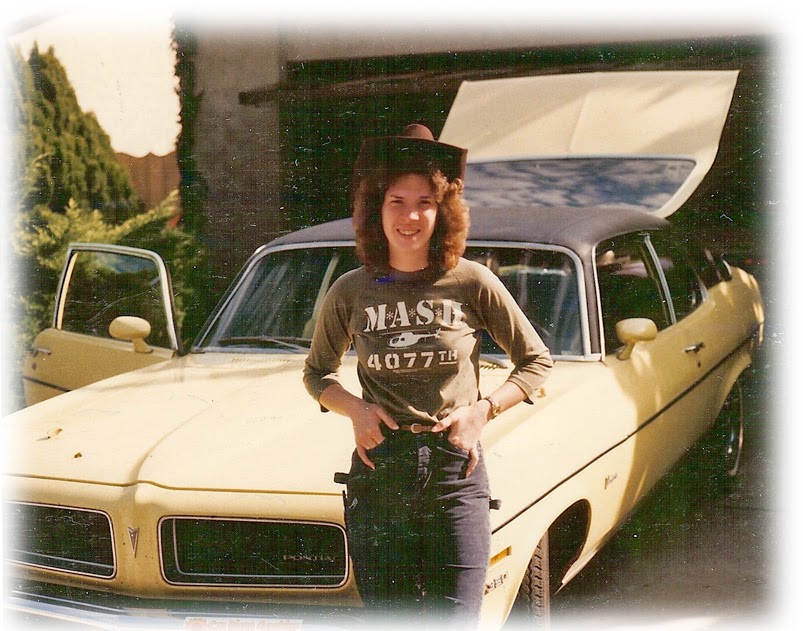 Cars and The Stories They Tell. In this picture is my 22 year old sister Barbara, standing in front of her sporty yellow Pontiac Ventura, which she drove to Southern California from Anacortes, Washington in the fall of that year with Dad Eugene Shepard and brother Russell. The picture was taken in front of the home of Cindy and me in Los Alamitos, 100 miles up the road from San Diego. It was a special occasion for the family of Eugene and Maida to share a few days together. We had all lived in San Diego for most of our lives, and were still getting used to living 1,500 miles apart.

Barb tells me that not long before the trip to SoCal, Dad took her to a car lot in Anacortes, pointed out the yellow Pontiac Ventura and said, "That's your car if you want it. I'll put some money down and make the first two payments, and you take it from there."  She took him up on the offer and drove home with the first car she ever owned. From her body posture and the look on her face in this picture, you can see that she took great pride in ownership. If there was one thing our Dad enjoyed doing, it was buying used cars, tinkering with them and traveling in them. In this particular case he helped Barbara buy the car and then shared the experience of making a trip back home to see family and friends in San Diego.

Cindy and I are in Anacortes right now continuing that 36 year tradition of traveling between Western Washington and San Diego to be reunited with family.
- - -
Steve Shepard
Posted by Steve Shepard at 10:48 AM