Celebrating, Remembering and Looking Ahead, November 6, 2014

Family.... They don't mean
to get on your nerves.
They don't even mean
to be your family;
they just are.
~Marsha Norman 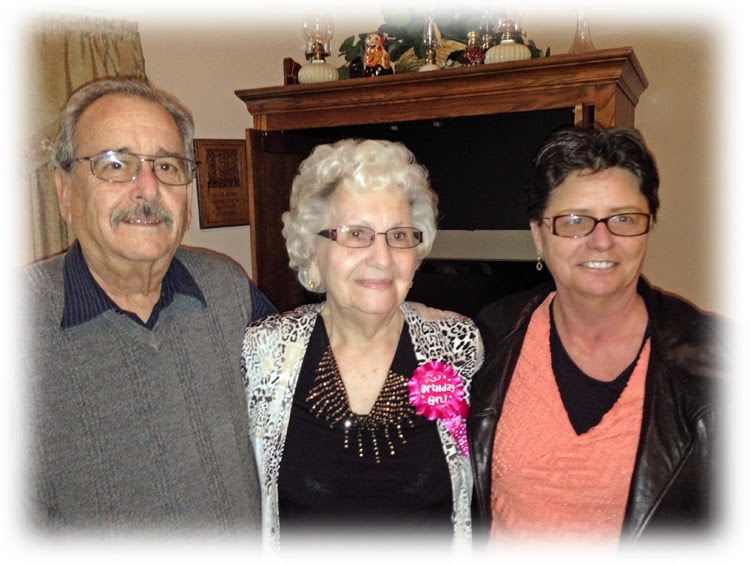 Happy 90th Birthday! Those of us who attended my mother Maida Shepard's 90th birthday party in Anacortes, Washington last Saturday are still feeling the positive effects of a marvelous family celebration. Nearly 60 friends and family met to usher mom into her 90s in an event that she enjoyed thoroughly, even after a fairly serious health setback last month. All her children, many of her Grandchildren, a number of Great Grandchildren, and numerous church friends were on hand to enjoy a delightful gathering.

The first picture, taken last Saturday, the day of the party, shows Maida in the middle, flanked by her oldest son Gary and his wife Cindy. Gary and Cindy were the key planners of the party. 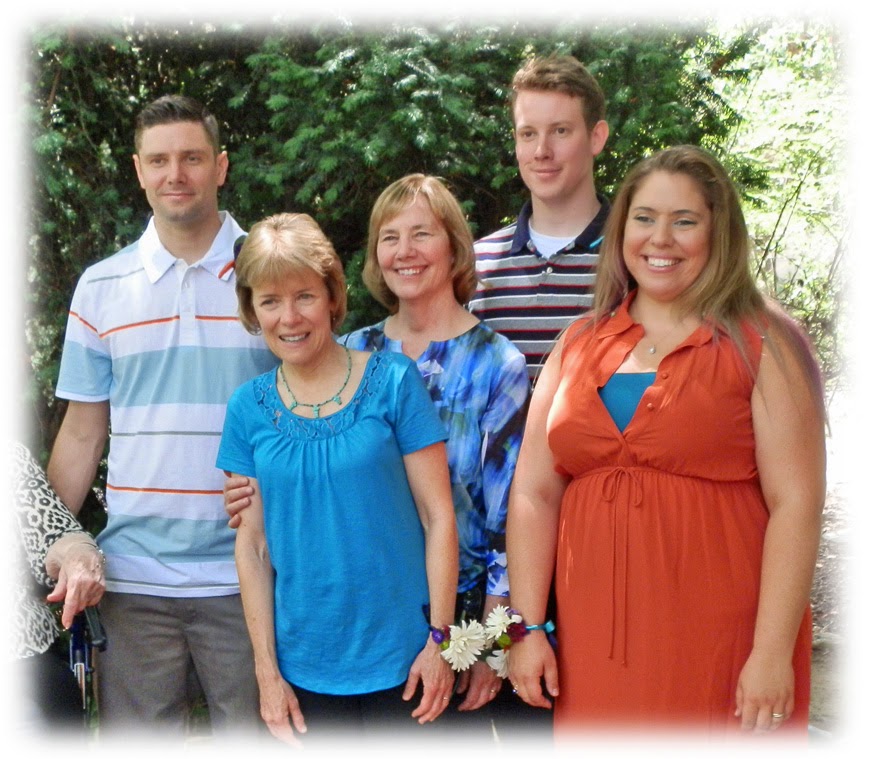 Happy Birthday Havilah! Today is the birthday of Havilah Colgain Wardle, one of the Great Grandchildren of Will and Bura Davis Shepard, and the Granddaughter of the late Elmer and Beryl Shepard. Havilah lives in Victoria, Texas, and has spent several months getting her and husband Kevin's Texas house fixed up and ready to sell so she can make her way back to Utah to be with husband and friends.

The second picture shows Havilah on the right with her mom Joan Shepard, who is standing in front of Joan's partner Dee Shannon. This picture was taken on the occasion of Joan and Dee's wedding this past July. Also in this picture are Dee's sons Ryan (left) and Tim. Best wishes to Havilah for a wonderful birthday! 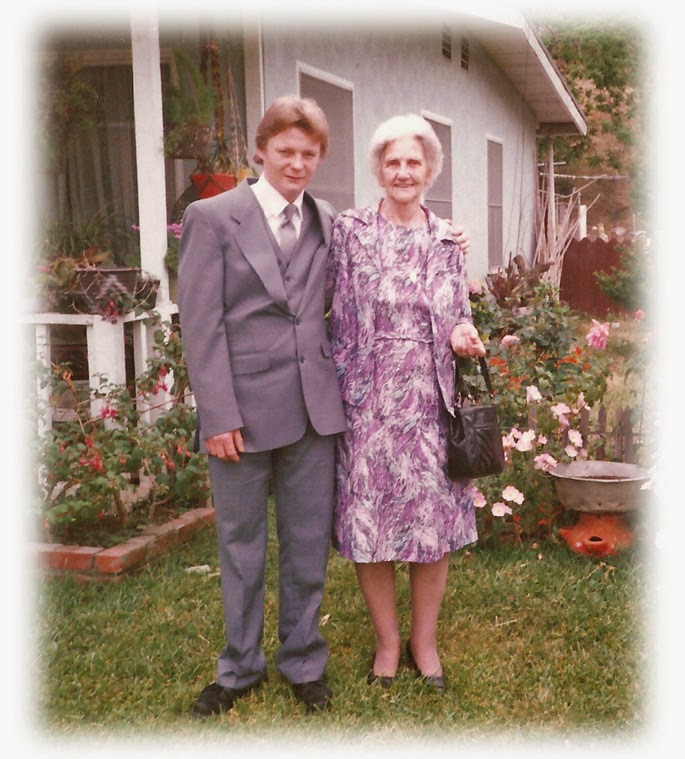 Happy Birthday, Shaun! This Saturday, November 8, is the birthday of my cousin Shaun Gower, the first Great Grandchild of Leroy and Nola Shannon Gower. Shaun is the older son of my first cousin Hershell Gower and his late wife Janet. Hershell lives today in Bullhead City, California. Shaun and girlfriend Tracy live in Escondido, California, north of San Diego. Shaun was born in England when his father was in the military there, but came to the US with his parents when just a few months old and has lived most of his life here in Southern California.

The third picture, taken about 1985, is an oldie and shows Shaun with his Great Grandmother Nola Shannon Gower in their Sunday best. This was taken in front of the Gower home on Lynne Street in San Diego, which was the hub of Gower family life for the entire second half of the 20th century. It holds many wonderful memories for all us Gower Grandkids and Great Grandkids.

Remembering Bura Davis Shepard. I cannot let this weekend come and go without mentioning my other Grandmother, Bura Davis Shepard. This Saturday, November 8, is the 118th Anniversary of her birth in Spencer, Indiana. She and Grandad William Shepard met and were married in Beaver County, Oklahoma 99 years ago, but migrated with their kids to San Diego during World War II. It was a move that resulted in most of our Shepard family being settled in Southern California for many years.
- - -
Steve Shepard

Posted by Steve Shepard at 8:08 PM