Liberty is always dangerous,
but it is the safest thing we have.
~Harry Emerson Fosdick 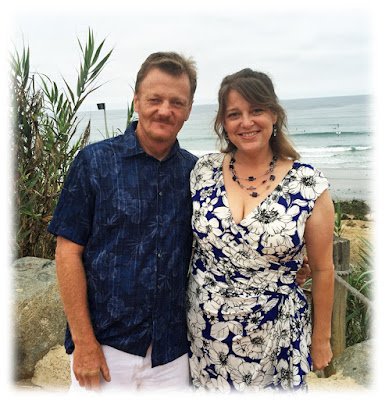 Happy Independence Day to all of you, wherever you may be and however you and your family may be celebrating this great summer holiday!

Wedding Bells for Shaun and Tracy! Congratulations to my cousin Shaun Gower and his bride Tracy Sanders who were married this morning at 8 a.m. at beautiful Seagrove Park, overlooking the ocean in Del Mar, California. This first picture shows the happy couple Shaun and Tracy on the occasion of this morning's wedding.

Tying the knot on Independence Day may seem unusual to some, but it was a lovely event that reflected the great joy and love that Shaun and Tracy share. Congratulations and best wishes to them both! 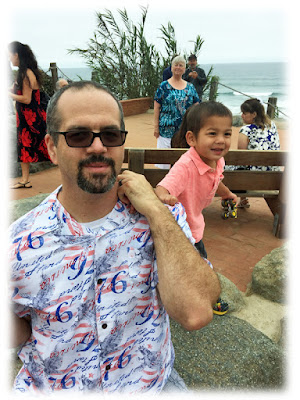 It was a beautiful informal, outdoor ceremony attended by a few close family and friends, including Tracy's mom and three of her four sons. I was honored to be the one to perform the ceremony. The early morning breeze was blowing a peaceful wind that made it a solemn but joyous occasion.


Shaun is the first of the 14 Great Grandchildren of Leroy and Nola Shannon Gower. He is the son of Hershell and Janet Nolan Gower. Janet passed away many years ago, while Hershell lives today with his wife Shelly in Bullhead City, Arizona.

This second picture was also taken this morning and shows some of those who attended the wedding, including Nathan and William Shepard, the bride Tracy, Tracy's mom Mary Messersmith, and other attendees at the morning event. After the wedding, the group attended the closing day of the nearby San Diego County Fair at Del Mar. 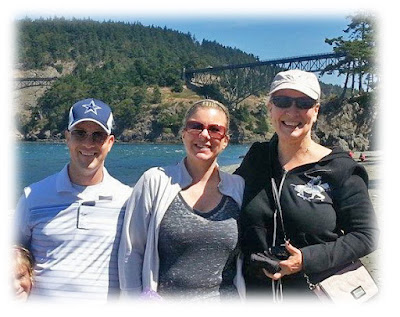 Heather is the granddaughter of Vicki Gower Johnston who lives with her husband Duke in Oak Harbor, Washington. Heather -- like Sean Gower, mentioned above -- is one of the Great Grandchildren of the late Leroy and Nola Shannon Gower.

This third picture shows Sean and Heather with Heather's mom Paula Tuzzolino at Cranberry Park on Whidbey Island in Washington last summer, with the famous Deception Pass Bridge in the background. Best wishes and happy anniversary to Sean and Heather!
- - -
Steve Shepard
Posted by Steve Shepard at 6:54 PM