A person represents each of several of his ancestors,
and they constitute the variety of notes
for that new piece of music
which his life is.
~Ralph Waldo Emerson

Greetings to all of you from Columbus, Ohio where Cindy and I find ourselves on this beautiful July day. We are here in Columbus to attend the General Assembly of the Christian Church (Disciples of Christ). This has given us a chance to travel to Monroe County in Eastern Ohio, where we have some important family roots. 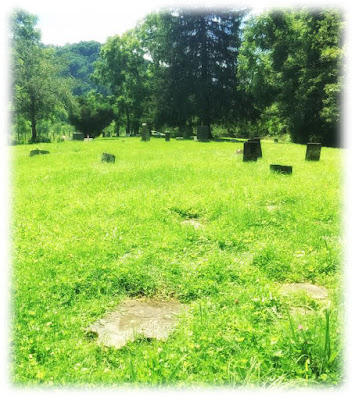 In the early 19th century my GGG Grandparents Alexander Davis (1819-1866) and Jane Buskirk (1823-1895) were born in Monroe County. In the 1840s they married here, bought some property, started a farm and began a family. What we have been looking for, in our few days here in Ohio, was some kind of historical evidence of their lives here. We found some records of property purchase by Alexander and then some property sales ($20 for a number of acres!), as well as some graves of family members.

Above on the right is a picture of the grave of Jane Buskirk Davis' Grandparents Samuel and Charity Foggin Buskirk, who also lived here in Monroe County. They migrated to this part of Ohio from Pennsylvania. He died in 1841, she in 1847. They are buried in Rutter Cemetery along Sunfish Creek, just a few miles up the creek from the town of Clarington on the Ohio River. Sam and Charity's headstone is barely readable at over 150 years old, but is one more piece of evidence clearly showing our family's roots in Monroe County, Ohio.

When Alex and Jane Davis settled in Indiana in the 1850s they were among the first members of a new church start in Owen County called the New Union Church of Christ, which was part of the Restoration Movement, also called the Stone-Campbell movement. That movement had its beginning in the area not far from Monroe County, Ohio. Did Alex and Jane bring their connection to the Stone-Campbell movement with them when they settled in Indiana? In my next blog post I will share some thoughts and findings relating to our family's connections to the Restoration Movement in Ohio in the early 1800s.

The following is a 10 generation lineage from Samuel Buskirk and Charity Foggin Buskirk down to the present.
Feeling the need to move westward, Alexander and Jane Davis, about 1851, packed up their two kids, Sarah and Charles, and moved to Spencer, Indiana, where their family continued to grow and where they remained settled for several generations. Indeed some of their descendants live in Spencer, Indiana even today. 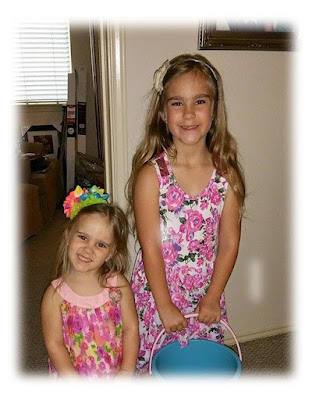 Part of that family growth was their Great Granddaughter (my Grandmother) Bura Davis Shepard, who was born in Spencer in 1896.

Victoria Cotton. Happy birthday this week to two of our extended family members. First, birthday wishes go out to Victoria (Tori) Cotton, who turns 8 this Thursday, July 23. She is the daughter of Sean and Heather Robson Cotton of Austin, Texas. Tori is the granddaughter of my cousin Paula Tuzzolini and is also the Great Granddaughter of my aunt (and her namesake) Victoria Gower Johnston of Oak Harbor, Washington. My aunt Vicki just said goodbye to her husband Duke Johnston, whose memorial service was in Oak Harbor this past week.

Heather: Tori is a very special little girl and I am grateful that God chose us to be her parents! She is turning 8. She's a great big sister and a wonderful artist! The second picture shows Tori (on the right) with her sister Lexi. 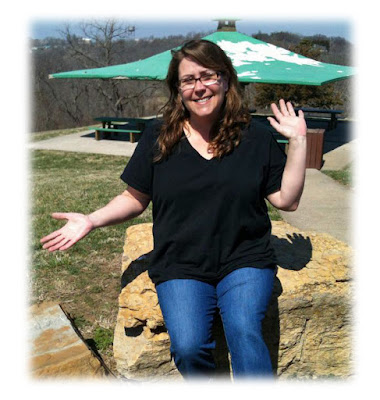 Shannon Wilk. And best wishes to Shannon Wilk who will have a birthday on Friday of this week. Shannon is one of the Great Granddaughters of William and Bura Davis Shepard. Shannon lives in Atchison, Kansas with her daughter Emma Beverly Jean Wilk.