The flower that blooms in adversity
is the most rare and beautiful of all.
~the Emperor in "Mulan"

As December gets underway, two celebrations are in order to begin this special season, one highlights a present day young family, the other family members from a generation ago. 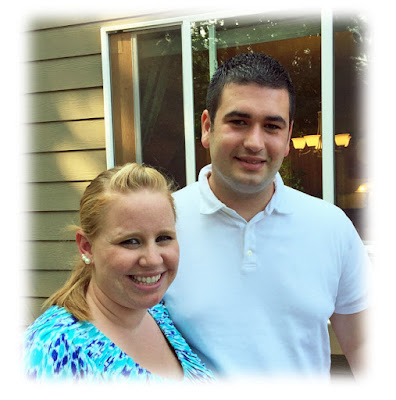 Happy Birthday to Patrick! Today, December 5, is the birthday of my nephew Patrick Joseph Shepard of Bothell, Wash- ington. Pat is the youngest child of my brother Darrell and his wife Mary Shepard. He was born in 1990 in Portland, Oregon, but lives today in Bothell with his wife Nicole and their young sons Logan and Mason. Pat is the Administrator of Rosewood Courte Memory Care, a health care facility in nearby Edmonds, Washington.

This first picture shows Pat and Nicole at their home in Bothell. It was taken last summer at the family reunion that was held at their home.

Hendrix Gower (1922-2004). This coming Tuesday is the anniversary of the birth of my uncle Hendrix (Hank) Gower, the oldest child of my grandparents Leroy and Nola Shannon Gower. He passed away in San Diego 11 years ago.

Hank and his older sister, my mother Maida Gower Shepard, were the last of our Gower family members to be born in Mountain View, Arkansas. Mountain View was where our Gower ancestors had been settled for several generations before my Gower grandparents began migrating westward, first to Oklahoma in the 1920s and then to San Diego, California in 1942. Hank and his late wife Starlene Bass Gower came to California as a young couple and gave birth to two sons here, Hershell and Jimmie Gower. They were both raised in San Diego but live today in Arizona along the Colorado River. 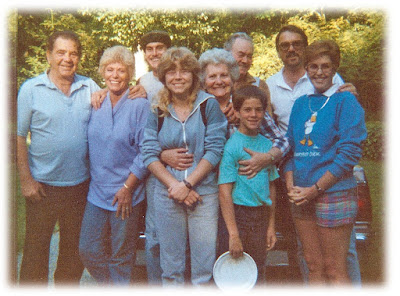 This second picture shows my uncle Hank on the far left. It is a family picture taken in Anacortes, Washington 27 years ago in the summer of 1988.

From left to right are Hank, then his sister Vicki Gower Wilson, who in just a few months would celebrate her 55th birthday on October 18 by marrying Duke Johnston. In the picture next to Vicki is Hank's nephew Russ Shepard and wife Pam, then Hank's other sister Maida Shepard and husband Gene Shepard. On the right are Cindy and I and our son Nathan.

It is a happy bunch with smiles on all the faces. Aurora was the photographer who took the picture, and did her job well by saying or doing something that elicited smiles from everyone.
- - -
Steve Shepard
Posted by Steve Shepard at 5:00 PM