Success is to be measured
not so much by the position one has reached in life
as by the obstacles which have been overcome.
~Booker T. Washington


Happy Anniversary to Jeff and Kim Clark! This coming Monday, January 18 is the 9th wedding anniversary of Kim Boyd Ortiz-Clark and Jeff Clark. Kim is a cousin of mine and one of the Grandchildren of William and Bura Shepard. 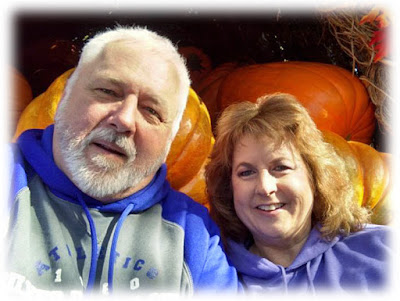 Kim and husband Jeff were married in La Jolla, California in 2007 but have lived their entire married life in Blue Springs, Missouri. Best wishes to Kim and Jeff for a wonderful anniversary!

Remembering Samuel and Finetta Shannon. On this day in 1881, two of my Great Grandparents were married in Stone County, Arkansas. They are one more couple in our family tree who chose to marry in the dead of winter. It was undoubtedly cold in the hills of Northern Arkansas on that Thursday, January 13, when my Great Grandfather Samuel Pickens Shannon and Great Grandmother Finetta Clementine Dearien tied the knot. At the time their families were living in the small farming communities of  Sylamore and Timbo, 13 miles west of Mountain View, Arkansas.

I never knew either one of them personally. Sam died before I was born. And although Finetta lived until 1960, I lived in California and never had the opportunity to meet her. But we do know quite a bit about the lives of both of them. The historical record is kind to us in this regard. Both Finetta and Sam had amazing, yet tragic childhoods in their own ways. 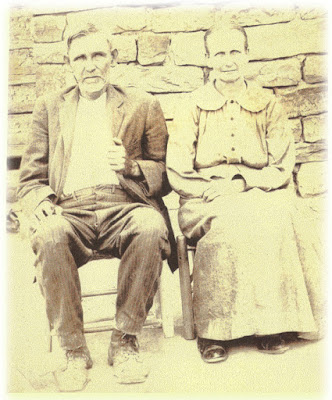 Tragic Childhoods. Sam was the 7th of the 9 children of David and Peggy Shannon. Of those 9 children, 2 died in their first year. The other 7 lived in rural Louisiana during the Civil War. Their father died in that conflict when Sam was just 5 years old, leaving mother Peggy and her 7 children in poverty in the post war South, a terrible fate in itself. Fortunately Peggy's brothers from Stone County, Arkansas came to the rescue and moved Peggy and her fatherless children, to live near them in Northern Arkansas. Though Sam's mother was a young Civil War widow, at least he had the stability of a larger family that cared for him, his mother, and his siblings.

Finetta's childhood was also very difficult, but for different reasons. Born in Stone County, Arkansas she was the child of an abusive stepfather Gus Dearien who had molested his own stepdaughter, Finetta's mother Roena Norton. In those days Finetta was considered "illegitimate", which carried a burdensome stigma. She was raised in the hills south of Mountain View, Arkansas by her biological father and her Grandmother Liza Mitchell Dearien.

A Relentless Hope for the Future. So on that Thursday, 135 years ago, when Finetta and Sam married, they came together with lots of painful history, but a relentless hope for the future that led them to a wonderful life with one another. They bore 9 children, the last of whom was my Grandmother Nola Shannon Gower. I remember Grandma Gower talking about the home in which she was raised: a place where hard work was valued, where dirt floors were common, where the most was made of the simplest things, where family life was respected, where long dusty walks to church and community was normal, and where allegiance to the local Baptist Church was important.

It may have been in that little Baptist Church in their local community that their wedding occurred. Samuel was 22 and Finetta was 19 when they said their vows and began a journey of love that would last 49 years. Sam died at 72 in 1930, while Finetta lived till 1960 when she died just 3 months short of her 100th birthday. They are buried next to each other in Gray Cemetery, a humble, at times hidden, family burial site off Happy Hallow Road within walking distance of Timbo.

From painful, humble beginnings, they lived a resilient life, overcoming great odds and leaving a wonderful family legacy. On this anniversary of their wedding, may God bless the memory of Sam and Finetta Shannon and their place in the history of our family.
- - -
Steve Shepard
Posted by Steve Shepard at 4:20 PM