As the Family Goes, July 24

As the family goes,
so goes the nation
and so goes the whole world
in which we live.
~Pope John Paul II

Greetings from San Diego on this beautiful Saturday in late July. It is hard to believe that the summer vacation time for many people is moving along so rapidly. 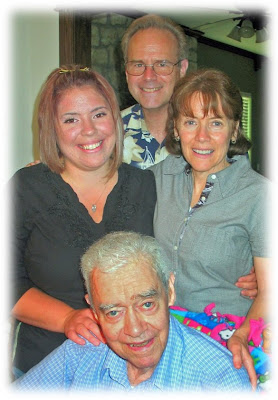 Happy Holidays in July. Speaking of vacations, I received word recently from my cousin Dane Shepard of Newcastle, Oklahoma about a good visit he had recently with family from out west. Dane's sister Joan Shepard of Dixon, California, and her daughter Havilah Wardle of Salt Lake City traveled to be with Dane and the rest of that part of our family in Oklahoma in early July.

Dane and his family moved from California to Oklahoma a few years ago. When they did they became the first among all the descendants of Will and Bura Shepard to move back there since Will and Bura moved to San Diego 70 years ago. Our grandparents Will and Bura met in Beaver County, Oklahoma and then were married there in 1915. After moving to Southeast Colorado for several years, they then migrated on to the west coast in 1940 where they lived for the rest of their lives.

The first picture I am including was sent to me by Dane and was taken during their visit a few weeks ago. It shows Dane at the top with his sister Joan on the right and his niece Havilah on the left. At the bottom of the picture is Elmer Shepard, Joan and Dane's dad, and the senior member among all the descendants of Will and Bura Shepard.  Elmer, who turned 92 this past spring, lives not far from Dane in Mustang, Oklahoma. 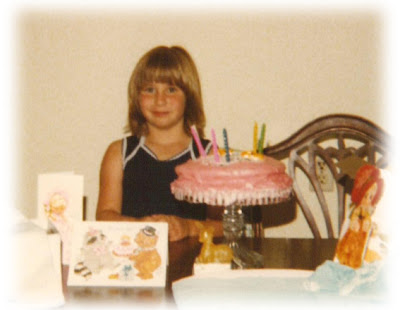 Happy Birthday to Shannon! Today is the birthday of Shannon Wilk who lives in Atchison, Kansas with her daughter Emma. She is one of the 21 Ggrandchildren of Will and Bura Shepard. Their oldest daughter, Pauline Shepard Russell, is Shannon's grandmother.

The second picture I am including shows Shannon on her birthday many years ago in San Diego. If that is 5 candles on her cake, this picture was taken 32 years ago. Best wishes to Shannon for a wonderful birthday.
- - -
Steve
Posted by Steve Shepard at 3:34 PM