History does not repeat itself;
at best it sometimes rhymes.
~Mark Twain

Greetings to all of you as the month of November draws near its end. Cindy and I have returned from our recent trip and are back home in San Diego. Here is a link to some updated pictures of our Hawaiian trip.

Caroline Matilda Spear. Today is the birthday of three people in our family tree. First, this is the 145th anniversary of the birth of my Ggrandmother Caroline Matilda Spear (1865-1951), who was the wife of James Brooks Davis. Callie was the mother of seven children: Bura, Lawrence, Myra, Jesse, Winona, Esther and Marjorie. Today the offspring of Callie and James is a wonderful clan of a few hundred folk with last names like Davis, Shepard, Kilpatrick, Jenkins, Millikan, and many others. 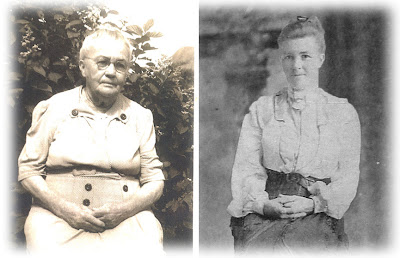 Callie was born in late 1865 in Spencer, Indiana just a few months after the end of the Civil War. She was the oldest of the 8 children born to William and Margaret Spear.

On New Year's Day 1896 Callie married James Brooks Davis, who was also a native of Owen County, Indiana. After their 7 children were born in Indiana, they moved westward, following the lead of other family, and settled in Beaver County, Oklahoma in 1913. Callie died in 1951 and is buried in Enid, Oklahoma. 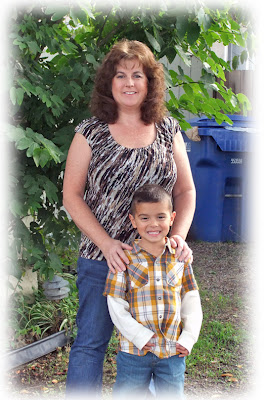 Two Other Birthdays Today. The descendants of James and Callie Davis include 91 great grandchildren. As far as I know, the only one of those 91 who shares a birthday today with Callie is Kim Boyd Clark, one of Bura Davis Shepard's grandchildren. Born and raised in San Diego, Kim is the mother of Jeremy, Scott and Amanda Ortiz. She is also the grandmother of 3, and lives in Blue Springs, Missouri with her husband Jeff Clark.

Kim's youngest grandchild is Damian Ortiz of Spring Valley, California, who was also born on Nov 29. (See the second picture, taken earlier this month, of Kim and 4 year old Damian.) His proud parents are Jeremy and Desiree Ortiz.

Kim: This year has gone by so fast. Does that mean I'm getting old? :)  This year Jeff and I took a 2 1/2 week driving trip all the way down to the Florida Keys. We went sight seeing along the way to the Grand Ole Opry, something I have always wanted to see. We went to Disney World next with the grand kids and went on an air boat ride and saw many alligators - much too close for comfort! Jeff is a fun tour guide. I love it when he says, "Pack your clothes, we're gonna take a drive." He has taken me to so many places all around the U.S.  I travel to San Diego as often as I can to see my grand kids, who I just can't get enough of.

Three births on this day, spread out over 141 years and 6 generations. The physical similarities of these three are remarkable. If Mark Twain was right, then these three are history rhyming at its best.
- - -
Steve
Posted by Steve Shepard at 11:51 AM