I find television very educational.
Every time someone switches it on,
I go into another room and read a good book.
~Groucho Marx

Greetings to all of you from Alameda, California where Cindy and I are sharing some family time with Nathan, Chenda and our grandkids. 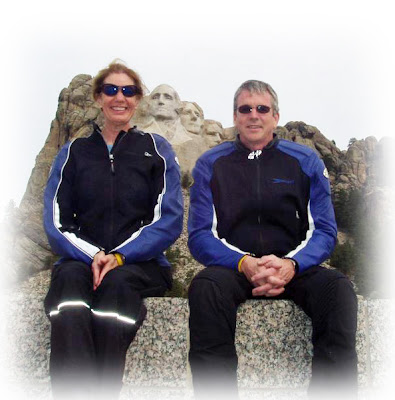 Happy Birthday today to my cousin Mike Harrell, who lives in Zionsville near Indianapolis, Indiana with his wife Carole. Mike is the son of my aunt Vicki Gower Johnston of Oak Harbor, Washington and one of the youngest grandchildren of Leroy and Nola Shannon Gower. The first picture shows Mike and Carole at Mount Rushmore last year.

Mike: "We went on a ride on our motorcycles (Carole on a Honda ST1300 and me on my Honda GL1800) and saw just about every National Park west of the Mississippi. We still can't stop smiling from that one."

Happy Anniversary this Saturday to Desiree and Jeremy Ortiz who will celebrate 11 years of marriage. They were married in El Cajon, California in 2002. Jeremy is one of the great grandchildren of Will and Bura Davis Shepard. He and Desiree and their 5 children live in Blue Springs, Missouri.

JBD at 143. This Coming Sunday, June 2 marks the 143rd anniversary of the birthday of my great grandfather James Brooks Davis (1870-1928). I mentioned him in my last post because he and wife Callie Spear Davis were the ones who moved their family of 9 from Indiana to Oklahoma in the spring of 1913. 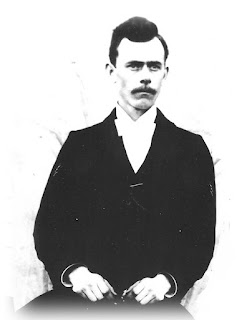 James Brooks Davis (see second picture from 1896) was named after his great grandfather James Brooks (1747-1790) AND after a great uncle, also named James Brooks (1784-?). JBD was born in Owen County, Indiana as was his wife Caroline Matilda Spear, and all 7 of their children. JBD's  grandparents Alexander and Jane Davis were the first of our Davis ancestors to migrate, in the early 1850s, from Ohio to Indiana.

Cambellites From Way Back. One other interesting historical note that I like to mention regarding JBD's grandparents Alexander and Jane: the records of the New Union Church of Christ in Owen County, Indiana show that Alexander and Jane were among its first participants, their membership dating from the 1850s. This indicates that our family's affiliation with the Stone-Campbell tradition (aka "the Restoration Movement") can be traced back nearly 160 years. And since Alexander and Jane may have brought their religious affiliation with them from South East Ohio -- in the region where the Restoration Movement began -- the connection may go back even further, although I have seen no documentation yet for that.

Will and Bura's Anniversary. This Sunday is also a milestone because it is the day that James and Callie Davis' oldest child (my grandmother) Bura Davis, and my grandfather William Shepard, were married in Beaver County, Oklahoma in 1915. (On the left side of this blog is a picture of my grandparents on their wedding day 98 years ago.) 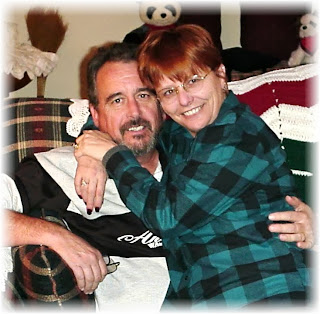 Gary and Cindy are originally from Southern California and were married there in 1979, but they live today in Oak Harbor, Washington where Gary enjoys the retired life (and is one of the preachers of the Goldie Road Church of Christ) while Cindy works for Schenck Packing Company. Happy Anniversary Gary and Cindy!
- - -
Steve Shepard
Posted by Steve Shepard at 10:39 AM