Let your religion
be less of a theory
and more of a love affair.
~G.K. Chesterton

Let me begin with a message I received this week from my cousin Dane Shepard who lives with his family in Newcastle, OK, near the destruction of this past week's horrific tornado: "We are doing well and with God's blessing we escaped the tornado as it went by 5 miles to the north... I'm grateful for all your prayers for us here and for those who lost so much."

A Fellow Blogger. I have recently come in contact with a member of our extended family who is a fellow blogger, second cousin Brent Taylor of Bartlesville, Oklahoma. Brent's grandfather Jesse Davis and my grandmother Bura Davis Shepard were siblings. They were part of that wonderful family of seven kids of James and Callie Davis, two brave parents who migrated to Oklahoma from Indiana with all their children in tow, exactly 100 years ago. (That is a memorable story in itself and needs to be celebrated and remembered this spring! Stay tuned.)

The first picture, which includes Brent's grandfather and my grandmother, is one I have not shared in this blog for several years. It shows the 7 children of James and Callie Davis and was taken around 1920 in Oklahoma. From left to right are Winona, Lawrence, Esther, Marjorie, Myra, Jesse (Brent's grandfather), and Bura (my grandmother). 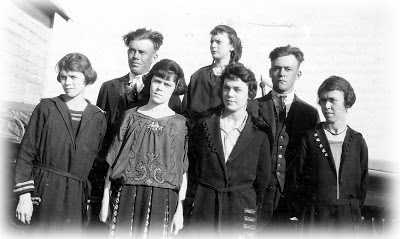 Brent Taylor's blog is titled "Bespoke" and I recommend it to you. Even though the byline is a wonderful Chesterton quote -- "Let your religion be less of a theory and more of a love affair" -- his blog is an appealing collection of musings on everything from family to sports to spirituality. He is "a home builder by trade and an occasional writer when the passion stirs in me." And he does write well. I found his post about the passing of his aunt Becky Davis a few months ago not only well written, but particularly touching.

Brent has only been blogging, at least in this incarnation, since December, and my hope is that the passion to write "stirs in him" for quite sometime. I find him a positive addition to the blogosphere, and am especially interested in what he has to say since he is a part of our extended family. Kudos to his uncle Bud Davis for recommending Brent's blog to me. 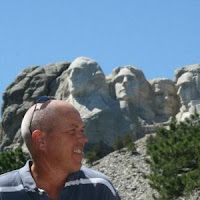 A link to "Bespoke" is one more that you can find on the front page of The Shepard's Crook in the column on the left under the heading "Other Favorite Sites and Blogs".

I have never met Brent in person, even though we share a set of great grandparents, and even though our own parents (his mom, my dad) were first cousins. But my guess is that most second cousins don't know each other these days. A few years ago, fellow family researcher Nancy Bushong counted 91 great grandchildren of James and Callie Davis, Nancy's husband Jim being one of them. (As far as I know the only place in the world where they are all listed is in Nancy's 2010 book, "Davis and Beck Family History"). Of those 91, 11 are either my siblings or my first cousins, all well known to me, of course. Beyond that I cannot say that I personally know any of the others, although I have corresponded by email with a few.

Part of the reason for that is my grandparents Will and Bura Davis Shepard's move to San Diego in 1940, and the distance that put between those of us in California and the genealogical "holy land" of Oklahoma, where many, maybe most, of James and Callie's descendants live today. It is therefore particularly gratifying that Brent and I have corresponded, and hopefully will share even more by virtue of our respective online presence. The Davis heritage we share is a rich one indeed. 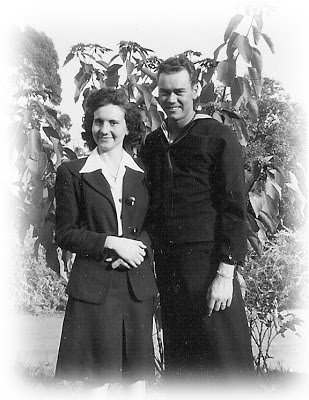 Some Family Happenings. Happy 20th birthday this Sunday to Brandyn Boyd of Coronado, California, the son of my cousin Darren Boyd, and one of the Great Grandchildren of Will and Bura Davis Shepard.

This coming Tuesday is the birthday of Ruthie Russell who lives in Red Rock, Nevada with husband Eric Russell. Eric is another Great Grandchild of Will and Bura Davis Shepard. Happy (special) Birthday, Ruthie!

On This Day 68 years ago my parents, Navyman Eugene Shepard and Maida Gower (see picture from 1945), were married at the El Cajon Blvd Church of Christ in San Diego, as WWII was grinding to its conclusion. Today is one more opportunity to celebrate the lives of both my parents, but in particular my father, who passed away 10 years ago this summer.
- - -
Steve Shepard

Posted by Steve Shepard at 8:36 AM