Some people ask the secret of our long marriage.
We take time to go to a restaurant
two times a week.
A little candlelight, dinner,
soft music and dancing.
She goes Tuesdays, I go Fridays.
~Henny Youngman

Chenda Shepard. Happy Birthday tomorrow to our daughter-in-law Chenda Sou Shepard who was born in Cambodia, in the capital city of Phnom Penh, 34 years ago on January 1. After 4 1/2 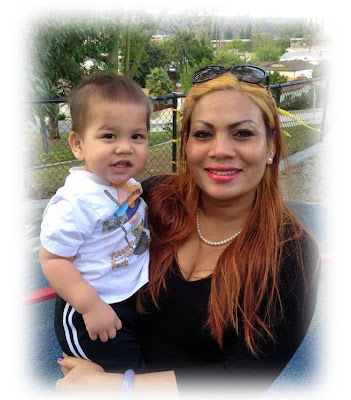 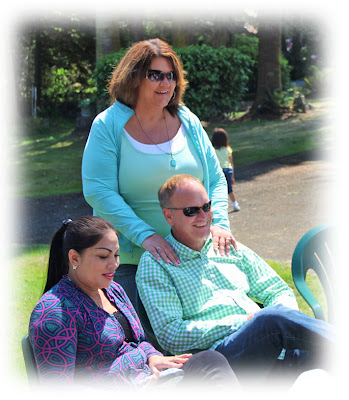 Soon thereafter they moved to the West Coast where they have lived ever since. Today they make their home in Kirkland, Washington where they are the parents of Chris, Rachel and Pat and the grandparents of Logan Joseph. The second picture, taken this past summer in Anacortes, Washington shows Darrell and Mary. Also in this picture on the left is birthday girl Chenda Shepard.

New Year Weddings. We usually think of spring or summer as the best time for getting married. But this time of the year -- New Year's Eve and New Year's Day -- has been a popular marrying time for a surprising number of people in our family.

Darrrell's great grandparents Jim and Callie Spear Davis, were married January 1, 1896 (see third picture of Jim and Callie on their wedding day 118 years ago). On that same day in 1903 Jim's brother Tom Davis married his wife Alice Hinton. Those weddings were even in the cold clime of Spencer, Indiana! 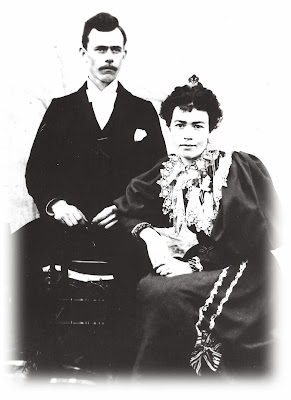 There may be others in our family who were married on New Year's Eve or New Year's Day, each with their own interesting story to tell. Do you know of others?
- - -
Steve Shepard
Posted by Steve Shepard at 9:10 AM