Women's history is...
an indispensable heritage
from which we can draw
pride, comfort, courage
and long-range vision.
~Jimmy Carter

President Jimmy Carter in 1980 first designated March as National Women's History Month. In his message to the nation at that time he said,

"From the first settlers who came to our shores, from the first American Indian families who befriended them, men and women have worked together to build this nation. Too often the women were unsung and sometimes their contributions went unnoticed. But the achievements, leadership, courage, strength and love of the women who built America was as vital as that of the men whose names we know so well. Women's history is women's right -- it is an indispensable heritage from which we can draw pride, comfort, courage and long-range vision."

The foregoing certainly is true when it comes to many women in our family history, whose stories have not been told and whose influence has not often been noticed. Hence my telling this month about particular women and their important place in our history. March is drawing to a close, so in my next post I will tell of one more woman of note in our family history and recount what we know of her story.

Today is the birthday of someone who will one day be a woman of note in our family history, our granddaughter Preslea Maida Shepard. She and her siblings Logan and William, along with their parents Nathan and Chenda Shepard moved to San Diego last month and are now enjoying life in Southern California. The photo presentation above is offered in celebration of Preslea's 4th Birthday! 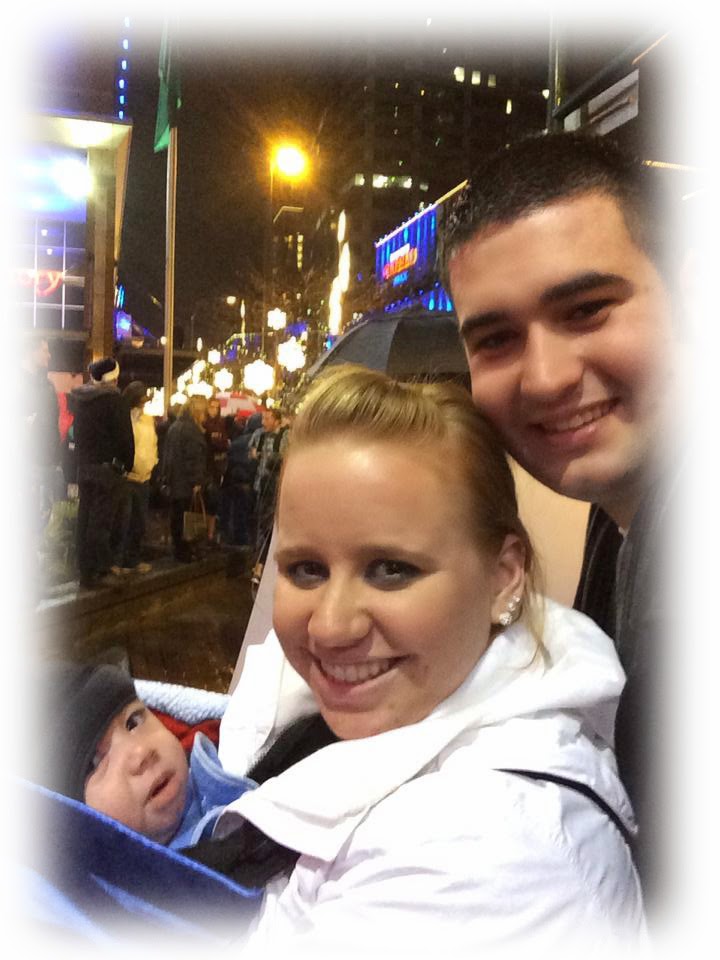 Happy Anniversary Patrick and Nicole! This Thursday, March 28, is the 2nd wedding anniversary of my nephew Patrick Shepard and his wife Nicole Haw Shepard who were married in 2013 in Cancun, Mexico and who live today in Bothell, Washington. Last summer in July they became the proud parents of their first son Logan Joseph Shepard. The picture on the right, taken this past December, shows Pat and Nicole and their son Logan.

Patrick tells me that "Logan keeps us very busy. Logan is doing much better since his last hospitalization last month. He is over that and doing very well! Nicole quit her job at Evergreen Hospital and is now a stay at home mom! :)"  Best wishes to Patrick and Nicole for a wonderful anniversary.
- - -
Steve Shepard
Posted by Steve Shepard at 12:06 PM