Rejoice with your family
in the beautiful land of life.
~Albert Einstein 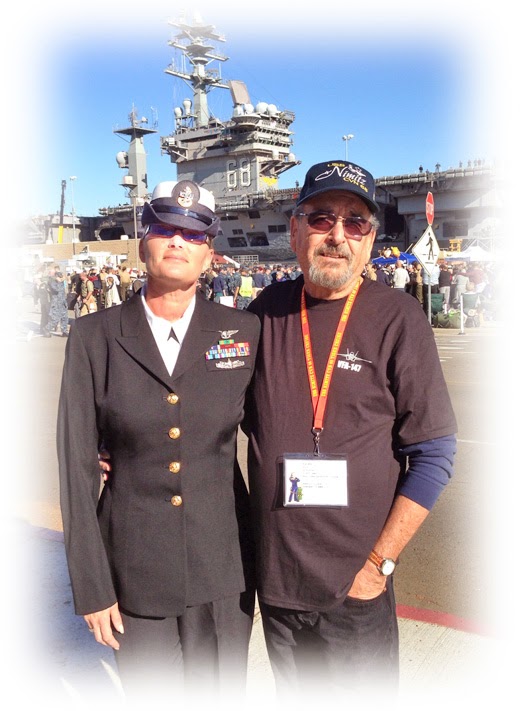 Happy Birthday Gary! Tomorrow, March 23, 2014 is my brother Gary's birthday. Gary and his wife Cindy live in Oak Harbor, Washington. Like so many of us Shepards and Gowers, Gary was born and raised in San Diego and lived here for most of his life. 11 years ago now he retired from work with the County of San Diego and moved to Washington State.

The first picture, taken last December in San Diego, shows Gary with Cindy's daughter Michele McGauran. This was at the end of a week long cruise Gary took as a civilian family member aboard the USS Nimitz, the ship to which Chief Petty Officer Michele Gauran had been assigned. Gary told me that the experience of sailing on a military vessel from Hawaii to San Diego was a trip of life time.

Lydia Warford Williams. During this National Women's History month, I have been mentioning women of note in our family history. Another of the women who deserves mention is Lydia Warford Williams, who I have not mentioned in this blog for several years. Here's a lineage that shows how she is related to me:

From Pennsylvania To Kentucky. Lydia was born near the end of the Revolutionary War in Warfordsburg, Pennsylvania, a town named after her uncle Joseph Warford. The town -- which still exists today -- was started when Joseph was deeded 100 acres after his service in the Revolutionary War. Lydia was the youngest of the 9 children of Henry and Elizabeth (Vanhook) Warford. When she was just 2 years old Lydia's father died, perhaps as a result of his service in the Revolution. Lydia's mother then packed up her and her 8 siblings and moved to the wilds of Northern Kentucky and settled east of Louisville.

It was on the frontier in Kentucky that Lydia finished growing up and met John Williams. She married him in 1803 and bore to him 4 children. As fate would have it, another war -- the war of 1812 -- took the primary man in her life once again when Lydia's husband John died in 1813. Instead of being the child of a widow, this time Lydia became a widow herself at just 31 years old, with 4 young children, trying to make her way on the American frontier. Kentucky records show that Lydia received in her husband's estate 203 dollars and 19 3/4 cents, which in those days was enough to move on to the next phase of life for her and her children.

On To Indiana. For some reason -- supportive relatives, close friends? -- Lydia and her 4 kids packed up and moved further west to southern Indiana, which was not much more than Indian territory. Indiana did not become a state until 1816, and even then it did so despite the warring natives that made that region a dangerous place. 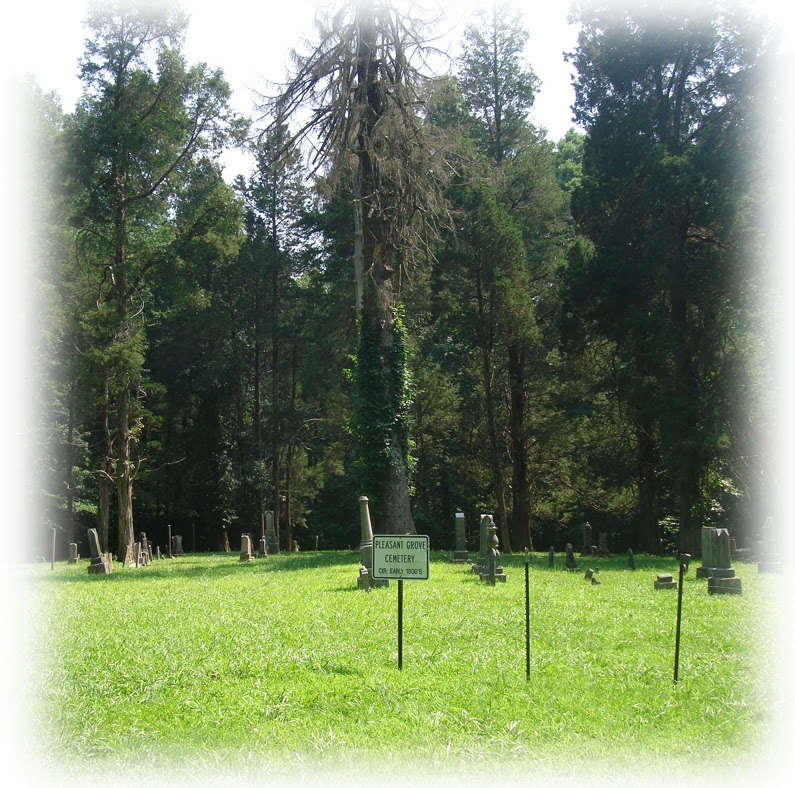 Lydia and her children appear in Washington County, Indiana, in the US census records of 1820. She was obviously a hearty and brave young widow to make a life for herself in the rugged hills of southern Indiana. We don't know how she made it through the next dozen or so years, we just know it must have been a struggle for this single mother. Sometime during these years Lydia and her children moved northward to Owen County and settled near Spencer, Indiana, which would become the birthtown of my great great grandmother Maggie Spear in 1845, my great grandmother Callie Davis in 1865, and my grandmother Bura Shepard in 1896.

The second picture shows Pleasant Hill Cemetery in the beautiful wooded hills outside Spencer, Indiana, the town where Lydia lived for a time with her children, and where our Williams, Spear and Davis ancestors settled for several generations. In this cemetery several of our ancestors are buried, including John Pouty Williams, the second son of Lydia Warford Williams, and the man who would become my GGG grandfather.

In 1826, after 13 years of widowhood, Lydia married a man named William Jones and settled with him in Putnam, Indiana, some 25 miles north of Spencer. Unfortunately her life as Mrs. Jones would only last 3 years. She died in 1829 at just 47 years old. But the final 3 years must have been a welcome relief from the many uncertainties, dangers and challenges of her life to that point.

A Life To Admire. What a life journey she lived! Born in Pennsylania during the Revolutionary War, fatherless at 2, and widowed at 31 with four children. During her life, she journeyed 700 miles westward on the American frontier, and finally spent her last 3 years in relative peace. It is hard to imagine the toll that takes on a person, and the personal resources required to endure all the struggles and the heartbreak she encountered. Lydia Warford Williams Jones lived a life that deserves our admiration and our gratitude. Hers was a life that, alongside many other ancestors, has made the people of our family what we are today.
- - -
Steve Shepard
Posted by Steve Shepard at 11:56 AM