You are no longer strangers and aliens,
but members of the household of God.
~Paul (Eph. 2.19)

In this post I want to follow up on my last two posts and share the good news from the sordid, tragic tale of an unwanted stepchild and her thoughtless parents. The only child of my GG Grandmother Roena Norton (1840-?) was Finetta Dearien Shannon (1861-1960). As unfairly as Roena and Finetta were treated by their own family, there was redemption in this unfortunate story.

Roena and Finetta, Part III. Roena's daughter Finetta was born March 14, 1861. In her infancy she suffered the loss of her young mother, probably at the hands of Finetta's father Augustus Dearien. Finetta was raised in the home of her father and her grandmother Elizabeth, in Sylmore Township, 10 miles west of Mountain View, Arkansas. This family appears in both the 1870 and 1880 US Census for Sylamore. The Census records also show the two biological children of Augustus and Elizabeth: David Dearien, born 1849, and Mary E. Dearien, born 1854. 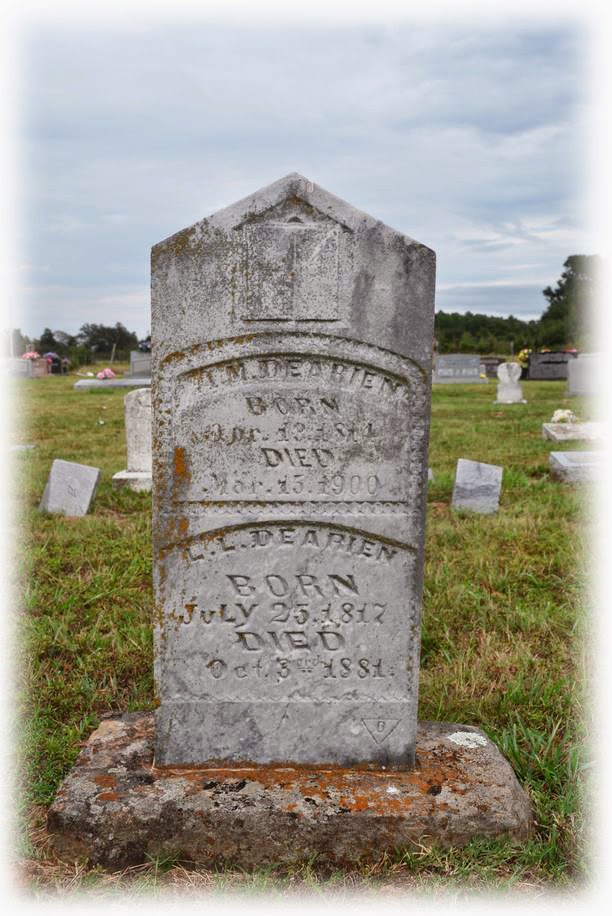 In both Census records there are strong indications that the Deariens did not want to acknowledge their offspring Finetta as part of their family. Truth be told, Augustus and Elizabeth must have been in a quandry as to what to say about young Finetta, who was the daughter of Augustus' stepchild Roena Norton. In the 1870 Census 8 year old Finetta is listed as a Dearien, but her actual first name Finetta is not listed. Instead she is reported to have the first name Mitchell, which, interestingly, was Finetta's grandmother's maiden name. It is hard to decipher what was going on here. Were the Census takers simply mistaken, getting vague or misleading information from the family? One can certainly imagine the Deariens not being very forthcoming about this child of an abusive, incestuous stepfather.

10 years later, in 1880, the Deariens have to deal with those pesky Census takers again. This time the Deariens do report Finetta's actual first name, but they say that her last name is Mitchell. (This illustrates the problem with lying and deceiving -- it is hard to keep the story straight.) And, as I mentioned in my previous post, the Deariens don't claim the now 19 year old Finetta as their own, but report that she is just a "boarder" in their house, suggesting that she is not a member of their family.

Finetta received a bum deal in many ways in her early life. Fathered by her mother's stepfather, her mother was cruelly taken from her and disappeared when Finetta was just a baby. Then her parents refuse to claim her, giving her a various assortment of names and descriptions in a pathetic attempt to distance themselves from her. Today there are some legal protections for children treated so poorly, but in the hill country of mid-19th century Arkansas, children were often at the mercy of parents like the Deariens.

The Dramatic Change of 1881. After being treated so badly by her father and grandmother, who dealt with their own guilt and shame by refusing to claim her as their own, things changed dramatically for Finetta in 1881. At 19 years old Finetta and a 21 year old neighbor named Samuel Pickens Shannon claim each other. On January 14 they were united in marriage in Timbo, Arkansas. Finally she is free from a family that doesn't want her, and has a family where she belongs, a family of her own making, a family that she and Sam lovingly create. 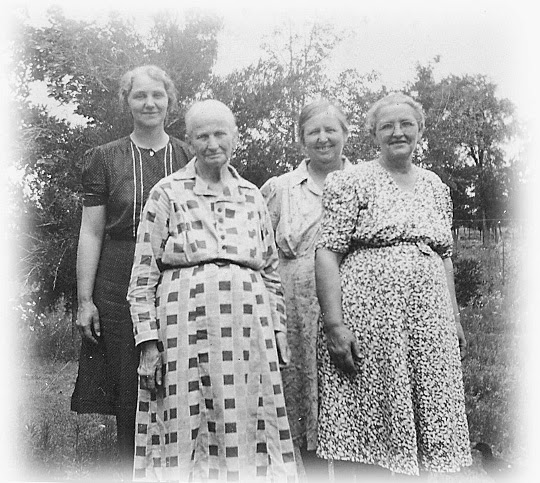 Between 1882 and 1903 Sam and Finetta brought 9 children into the world, establishing a large household that reflected their honest, caring approach to life. My grandmother Nola Agnes Shannon (1903-2004) was the last of those 9 children. (See second picture, from around 1930, of young Nola Shannon Gower on the left next to mother Finetta and 2 other daughters).

I knew Nola for the last 56 years of her life. The way she spoke of her family of origin suggests that they were decent, loving people. They had their tough times, of course. Nola was always clear about that. But if my grandmother's comments were any indication, Sam and Finetta produced a family of love and respect. It was a far cry from the dysfunction of the home of Augustus and Elizabeth Dearien.

How did Finetta respond to the gross mistreatment of her and her mother Roena by their own family? In the best way she knew how. By creating a warm, loving, respectful family of her own, a family based on trust and honesty, not abuse and deception. For Finetta, there could be no greater act of redemption. 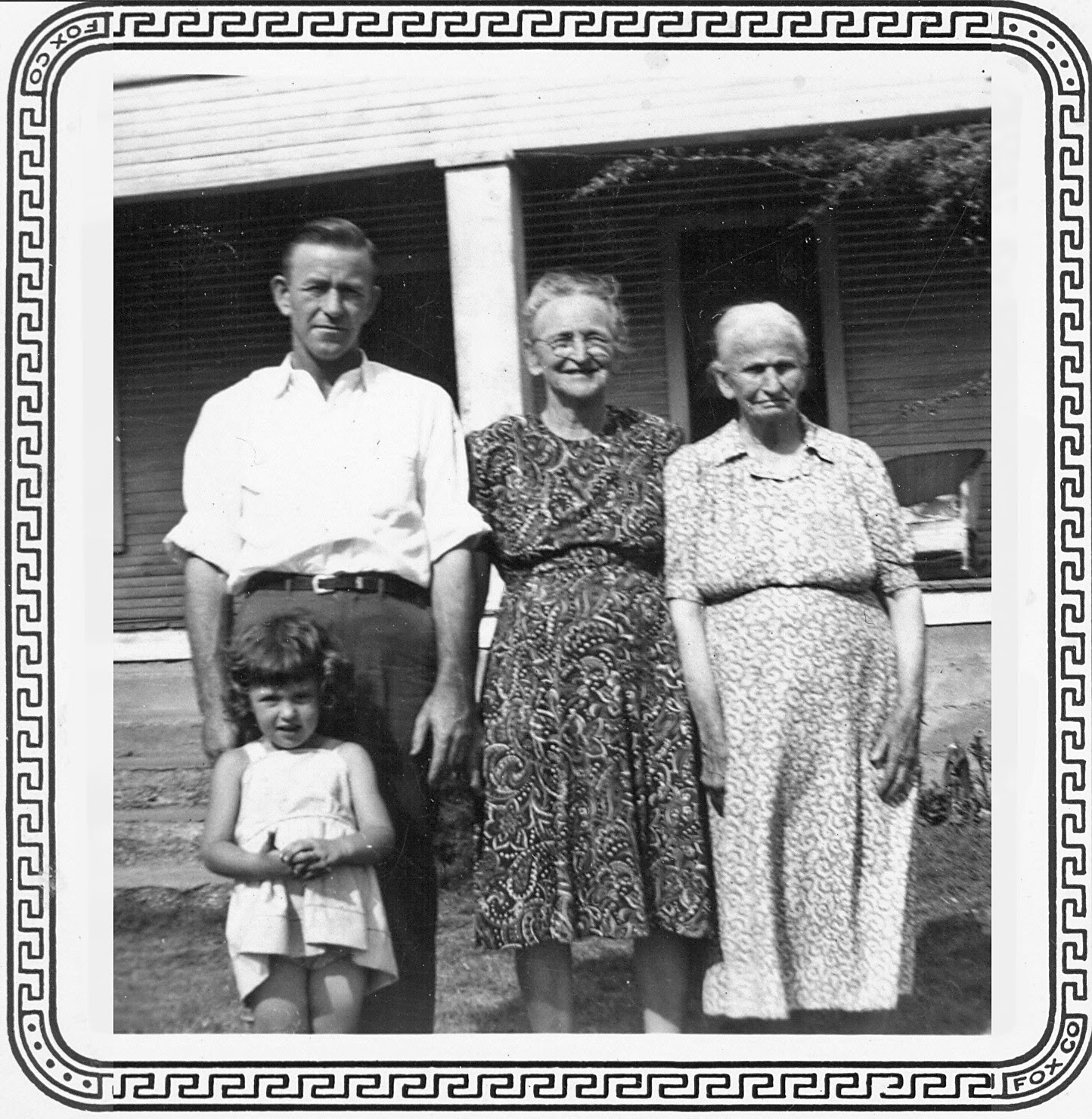 Elizabeth (Liza) did not live long enough to see the birth of Mary Ann Shannon, the firstborn child of Sam and Finetta in February, 1882. Augustus did however. He lived until 1900, and saw all but one of the 9 children of Sam and Finetta come into the world (see third picture from 1946 of Finetta Dearien Shannon, right, with oldest daughter Mary Ann Shannon Everidge, and grandson Earnest Everidge). The creation of a large, wholesome family was the best response that could be made to the cruel treatment of the Deariens. Surely the blood of Roena cries from the earth uttering sounds of satisfaction.
- - -
Steve Shepard
Posted by Steve Shepard at 10:16 AM